After having toured the Historic Mining Park of Tonopah, we were willing to continue our road trip in Central Nevada with the visit of Belmont, a ghost town. We’ve already been to Bodie in 2011 (during our “honeymoon-road-trip”), another ghost town located close to the California-Nevada border, and it is still a great memory. 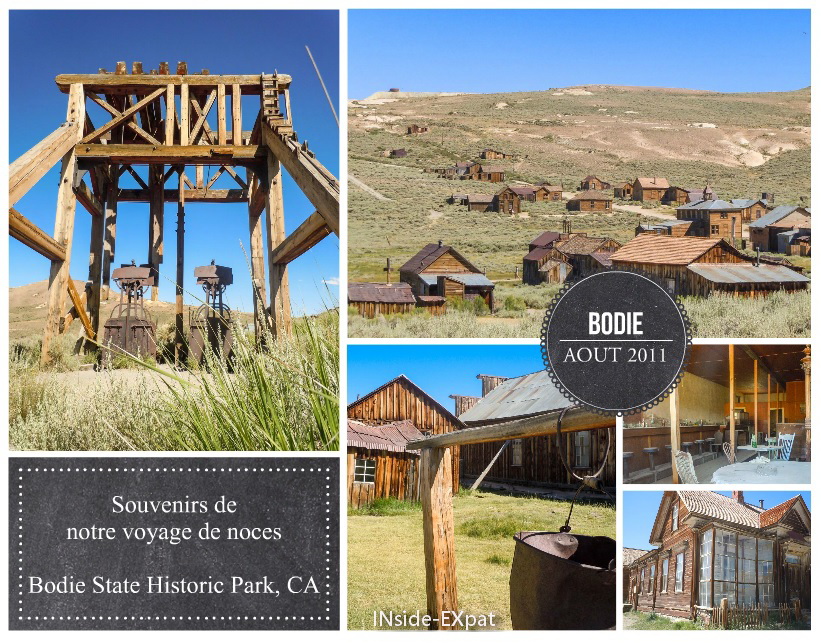 According to Google Maps, Belmont is just next to Tonopah, so we found it very convenient. But if there is a neighbor city also called Belmont, it is not the ghost town we were looking for, but just a group of quite common houses.

The ghost town of Belmont is in fact at a 1.5-hour drive North from Tonopah, in the Big Smoky Valley! It would have taken too much time to go all the way back there, and then drive the other way towards home… Indeed, even if the roads are almost empty in Central Nevada, they is not plenty of them! The journey to Belmont seemed too long for us, so we finally decided to visit another ghost town, because, unlike the roads, you can find lots of them in this area!

Most of the restaurants in Tonopah are closed on Sundays and we suddenly had less time ahead, so our lunch was really quick and simple: we just stopped at Subway before leaving Tonopah.

Instead of following the US95, we found another road that looked more interesting: the County Road 89, mostly unpaved. It ended up being a really good choice because we had the opportunity to discover a lot of different things like a solar panel field, a cattle of cows and a lot of different landscapes and… we were completely alone on the road!

Sometimes, mistakes can lead you to nice surprises… 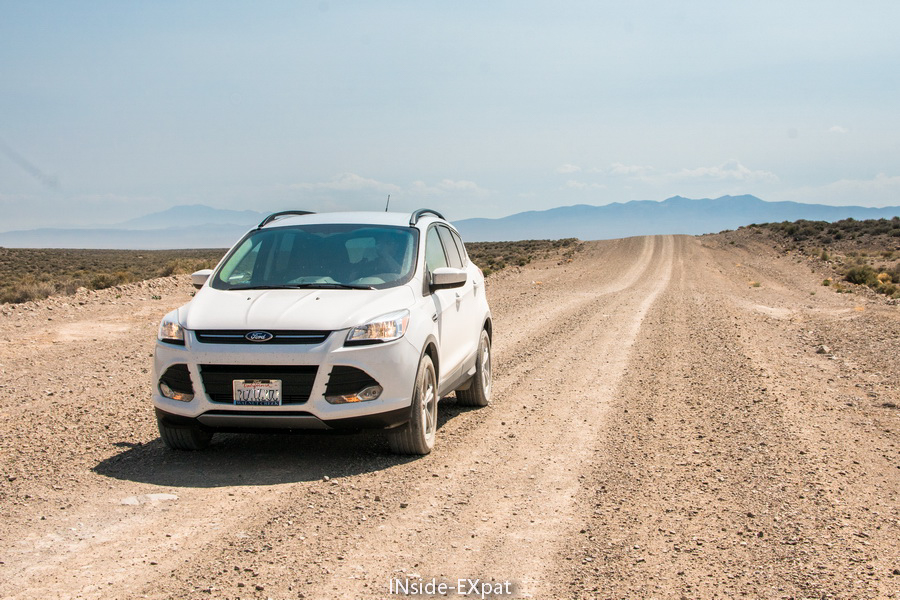 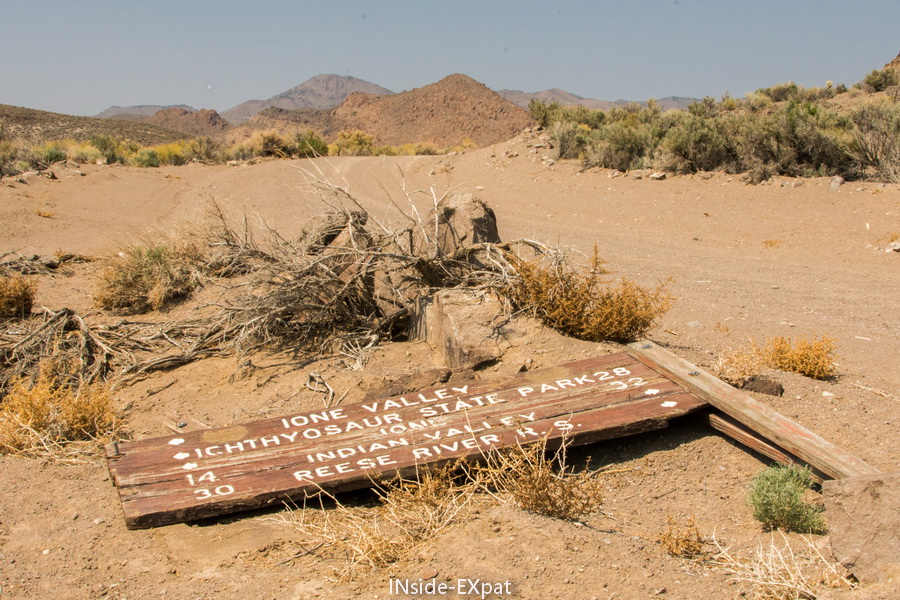 After a 2-hour drive (for 70 miles… even with a SUV you can’t drive on unpaved roads as fast as you can on the highway), we reached our destination:  Berlin-Ichtyosaur State Park. This place, surrounded by the Shoshone Mountains, is interesting for two reasons: first it is a ghost town, and second, it is a fossil area. 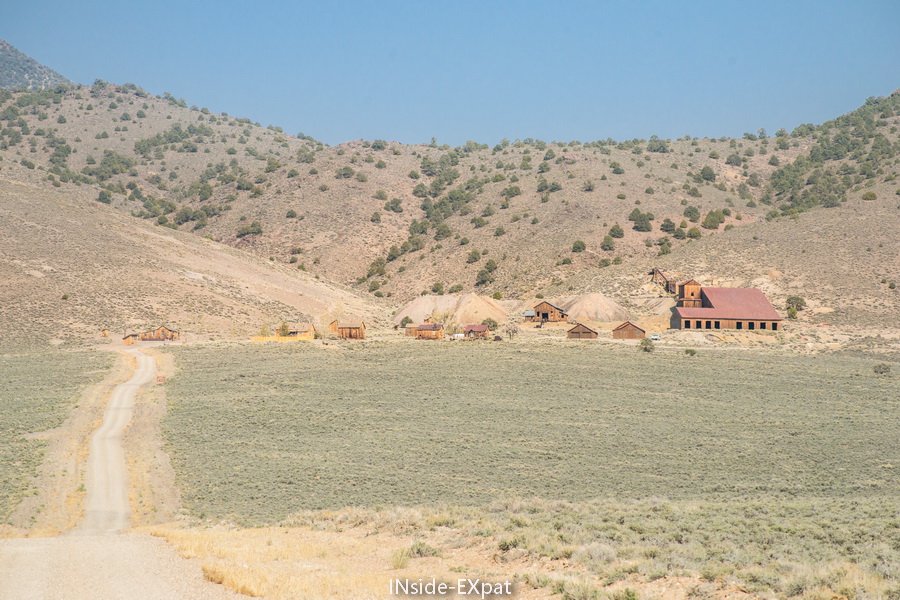 There was no rangers around so we just put the $7 fees in a box at the entrance and took the paper document describing the history of the town.

Berlin, from birth to death in five decades

In 1863, a few prospectors were looking for quartz in Union Canyon and discovered silver. The area was so rich of this ore that three communities were quickly created: Union, Grantsville and Ione. They formed the Union Mining District and Berlin joined it right after silver was found on the Mount Berlin.

Berlin was the smallest of the four communities and when the silver ran dry in 1869, the miners deserted the town to head to Belmont which was more prosperous.

Then in 1897,  T.J. Bells and the Bray brothers started an industrial exploitation of the mine, thanks to some equipment. The Brays were in charge of the underground operations while T.J. Bells ran the milling process. 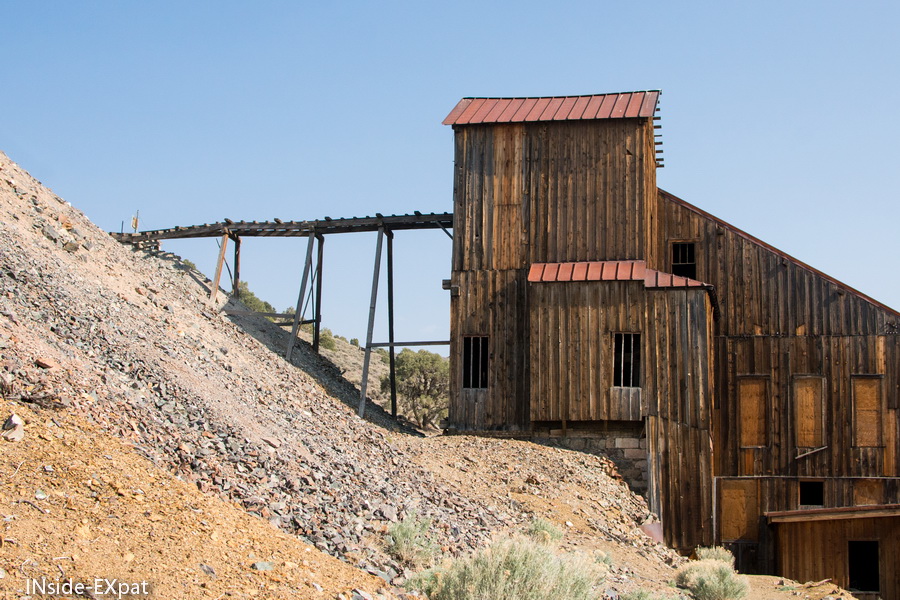 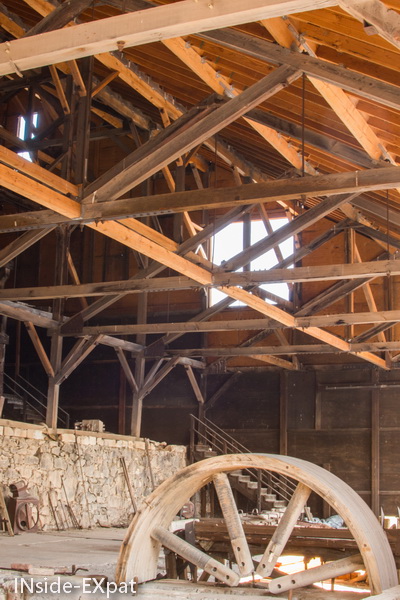 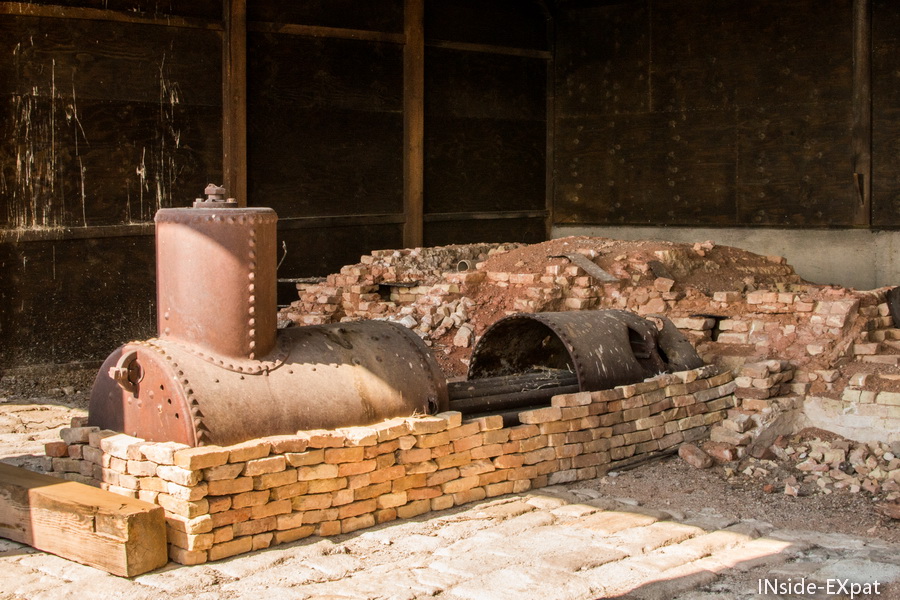 One year later, they couldn’t find the financial resources to invest and develop the mine activities, so they had to sell it to the Nevada Company. Between 1900 and 1907, the town reached its maximal occupation (but never exceeded 250 inhabitants) and the mine worked well. But in 1907, miners went on strike asking for better income but the Nevada Company couldn’t afford it and sold the mine to the Goldfield Bluebell Company which exploited the mine for two more years and then stopped the exploitation because they weren’t making enough profits. The end of the mine exploitation led the miners to desert the town and. in 1912, only 3 inhabitants remained in Berlin: a caretaker, his wife and a ranger. 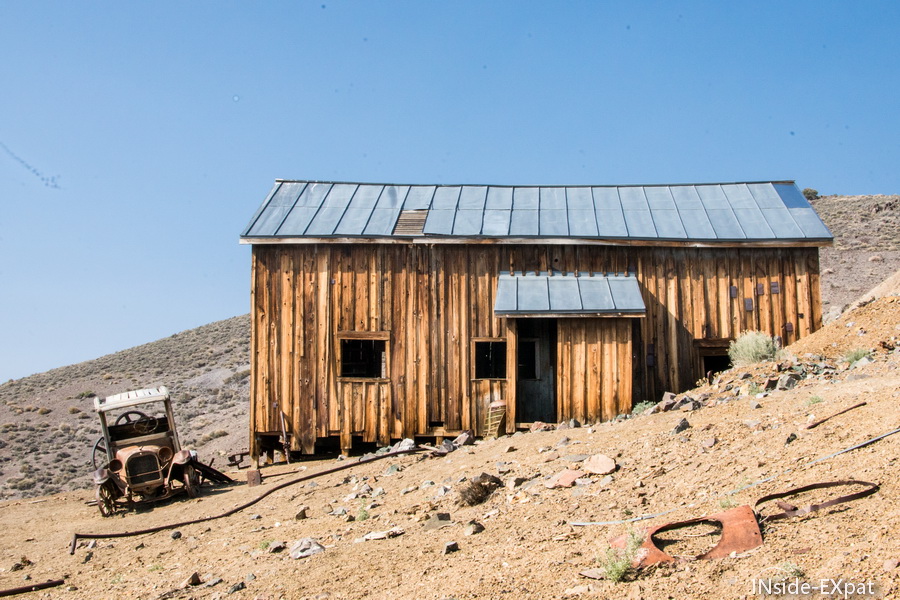 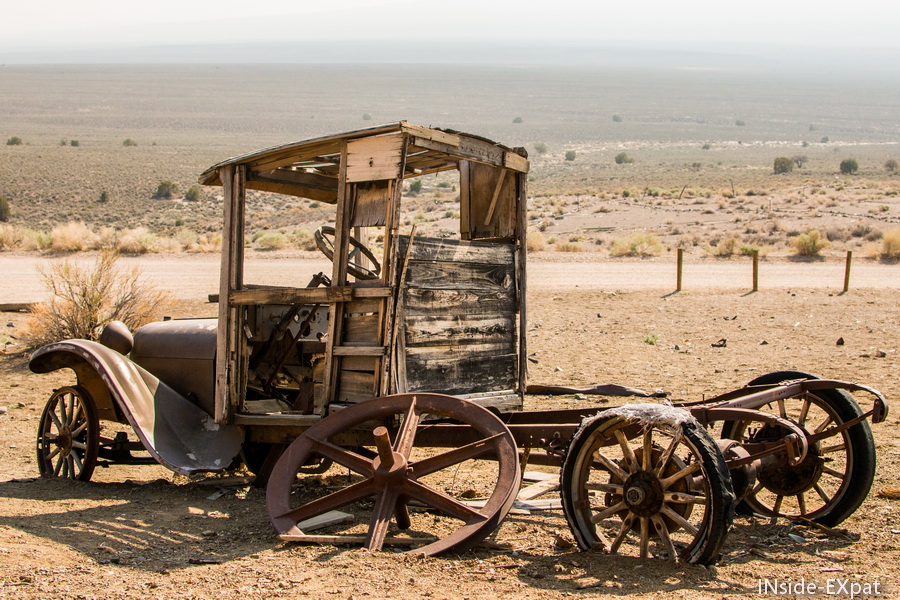 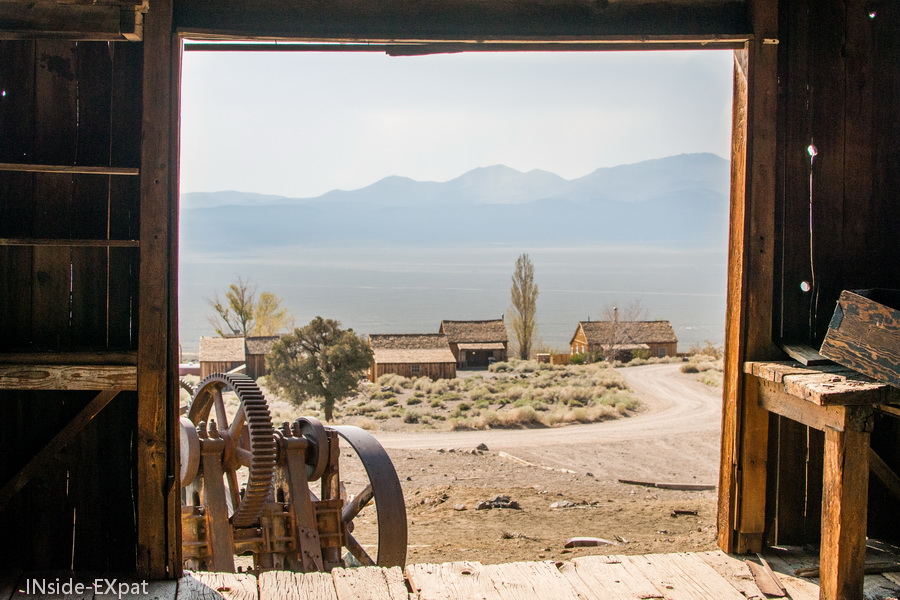 In less than 50 years, Berlin was born and dead… It has been the destiny of many other boom towns in the area, towns which attracted a lot of people for some decades, and were then deserted.

Why should you visit a ghost town?

Of course, the first thing that comes in mind with this kind of abandoned places is that you feel like being in a movie. Just as if you would meet John Wayne or Charles Bronson crossing the road… It is also very photogenic so you can’t stop taking pictures from every angle. But even if the scenery is impressive, ghost towns are a must-go mostly because of the historical heritage they represent. For that, you can’t miss a visit to one of those places during a road trip in the West. 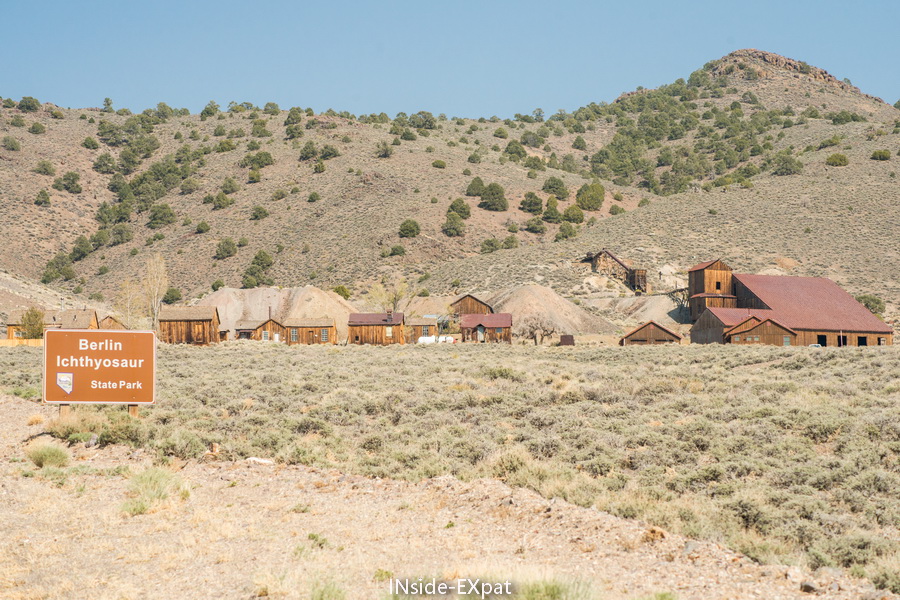 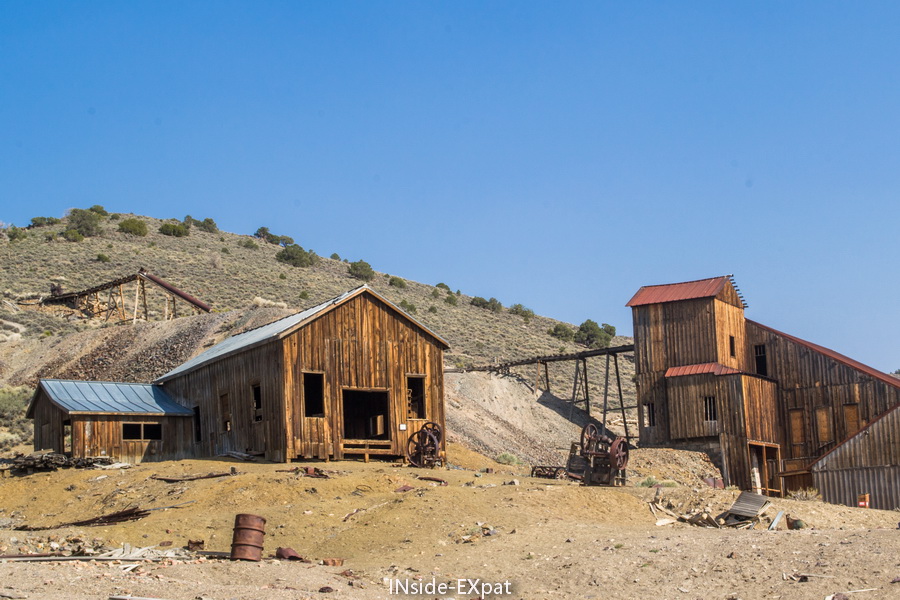 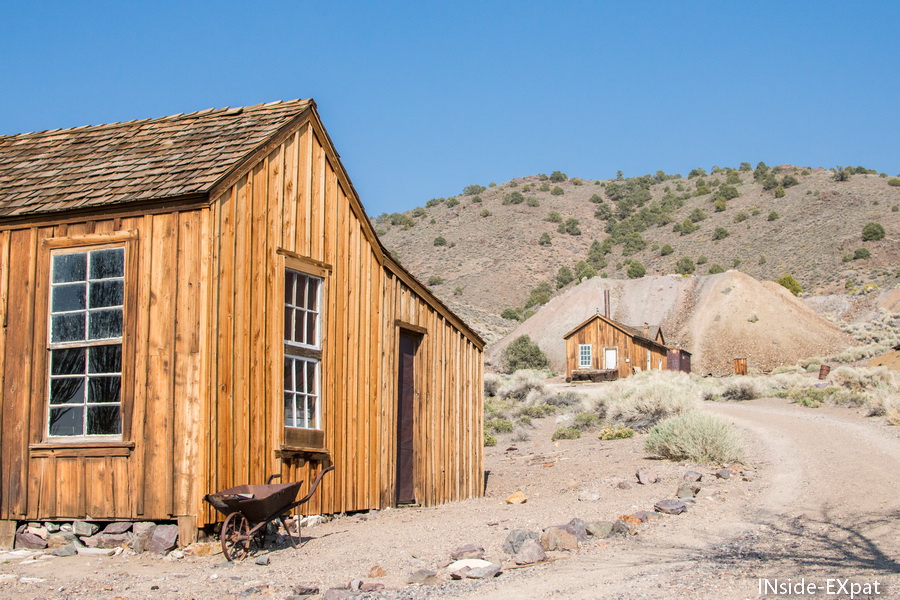 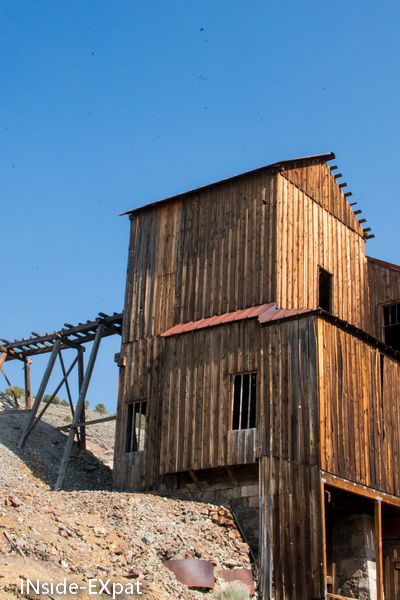 Those towns are a testimony of what life looked like in the last century. They are totally authentic so it is a real travel back in time, during which you can understand the life and work conditions of people in the early 1900’s. Houses, furniture, tools, vehicles… everything seems to be suspended in time. 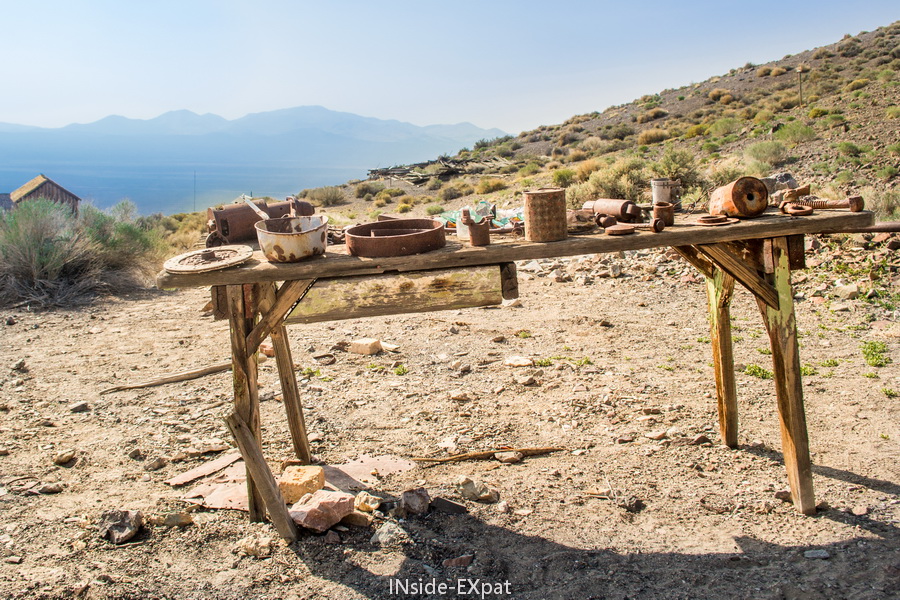 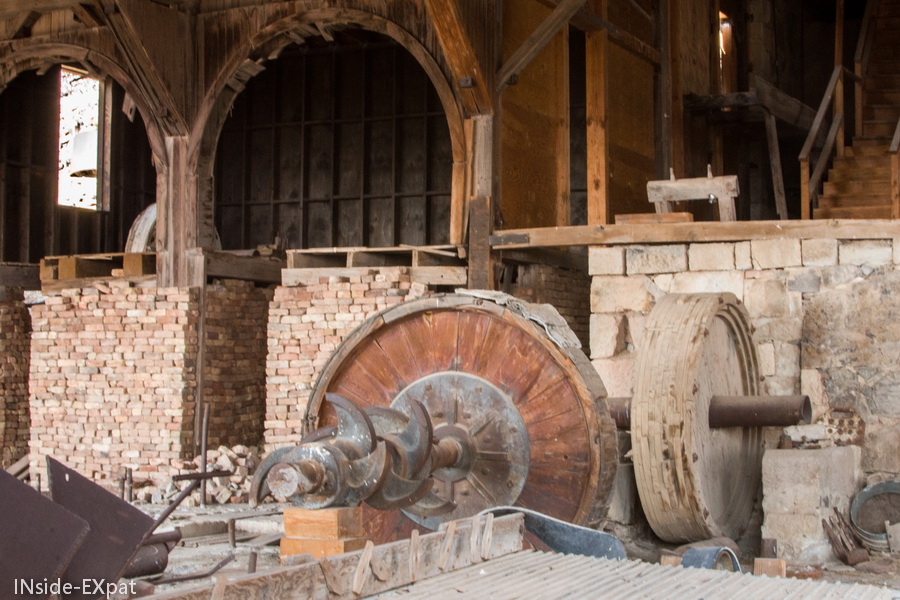 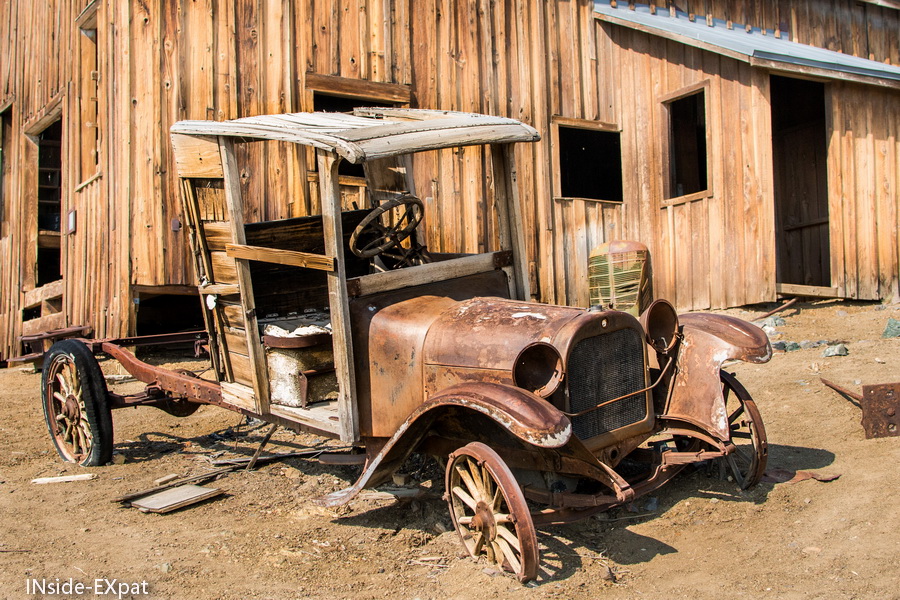 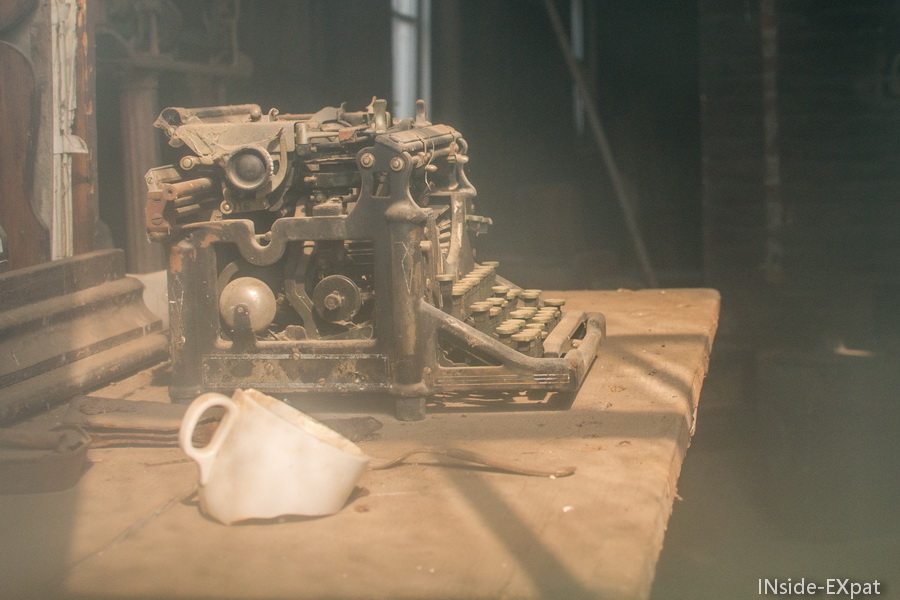 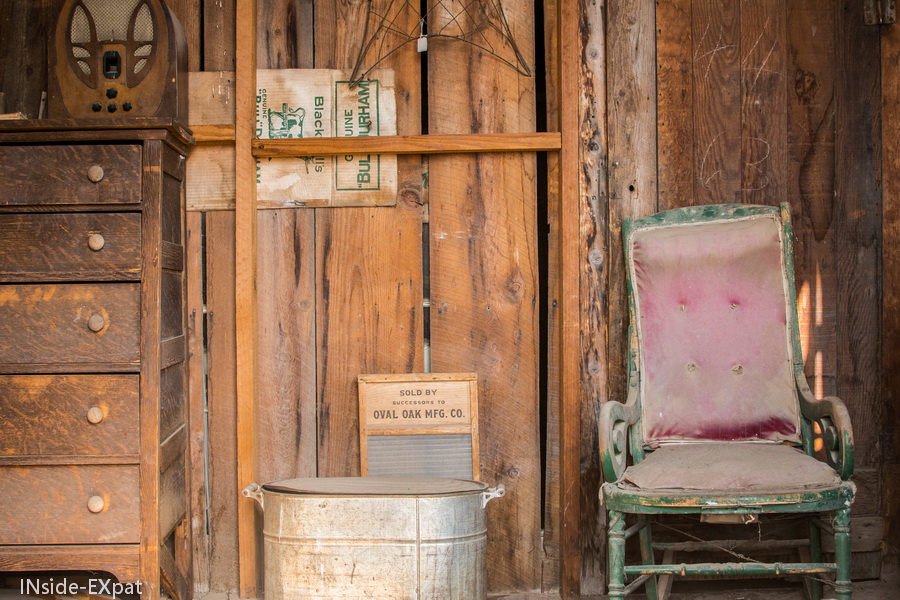 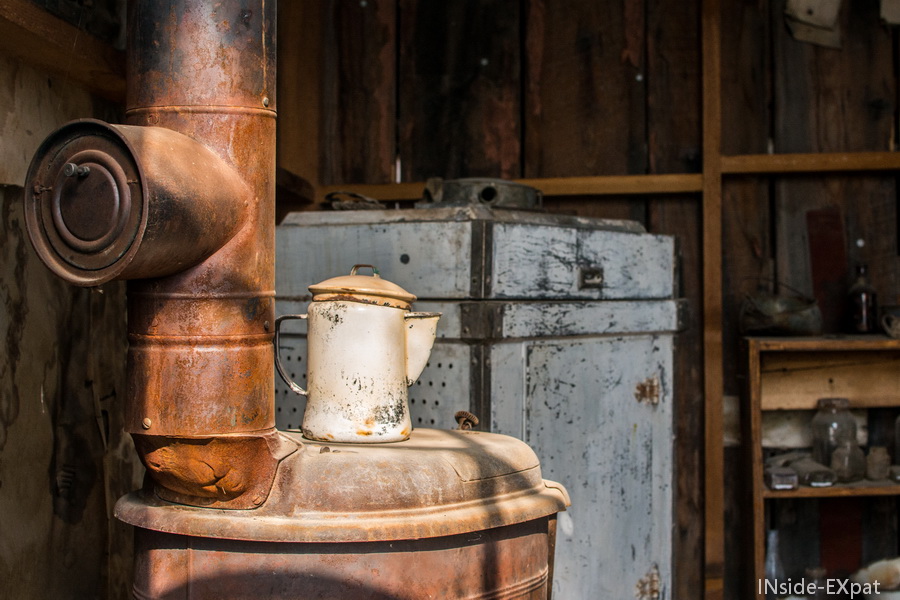 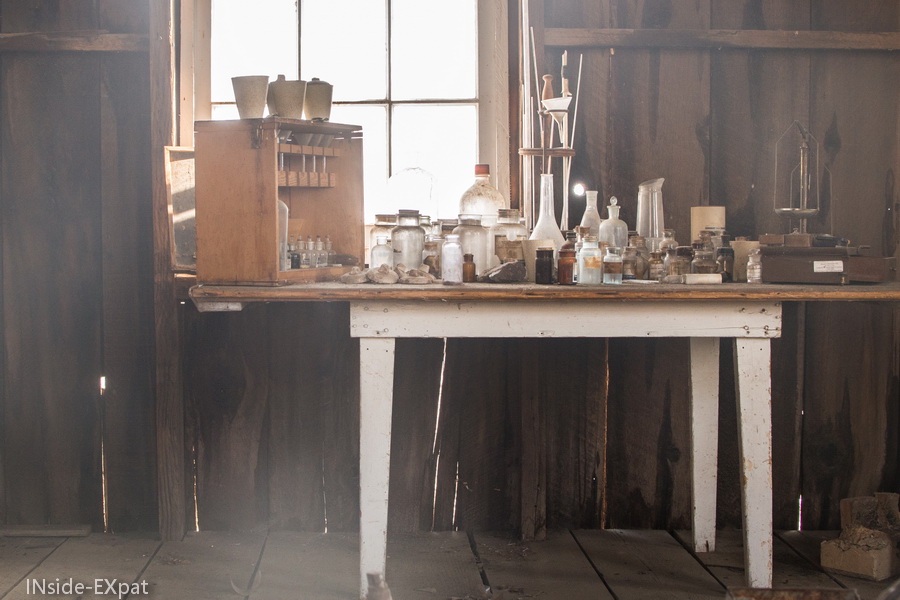 We can be thankful to each State trying to preserve this historical heritage, and be respectful for the work of the rangers who make the tour of these sites possible. We are always surprised by the quality of the documents and information that we receive in these places in exchange of affordable entrance fees. Indeed, just like in Bodie, we came back home with a paper document describing the history of Berlin with specific explanations about each buildings and some of the inhabitants.

Of course, there are also places that don’t get such kind of attention and are in a state of decay because it is just financially impossible to preserve all ghost towns and mines in this area. 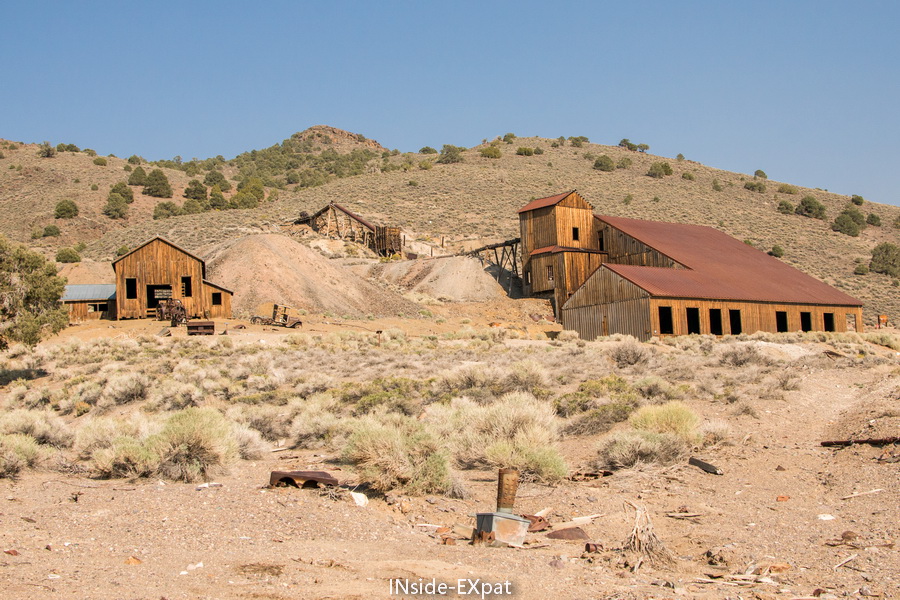 You can visit the town all by yourself thanks to the documents and signs, but if you want to know more about Berlin you can also reserve a tour in the Diana Mine (only on Fridays, Saturdays and Sundays from May 1 to September 30).

Ichtyosaur Park… the fossils of a marine animal

This State Park is also known for its fossils site just two miles away from the ghost town and accessible by car.

The Fossil Shelter provides a lot of information about these prehistorical remains thanks to a tour (only twice a day and we missed it). For visitors who can’t attend the tour, there is a lot of information signs and big windows to see the fossil of an ichtyosaur from outside the shelter and to understand what kind of animal it was. 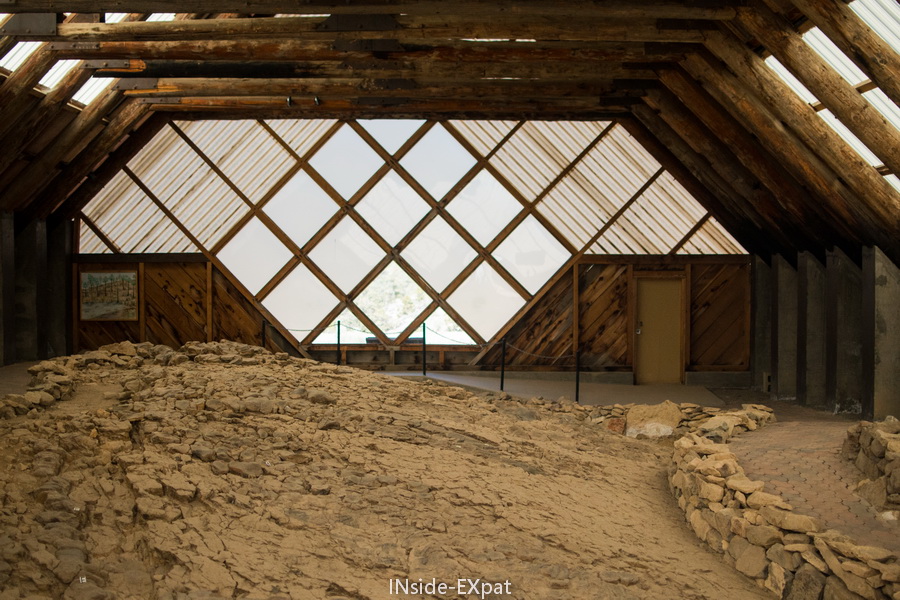 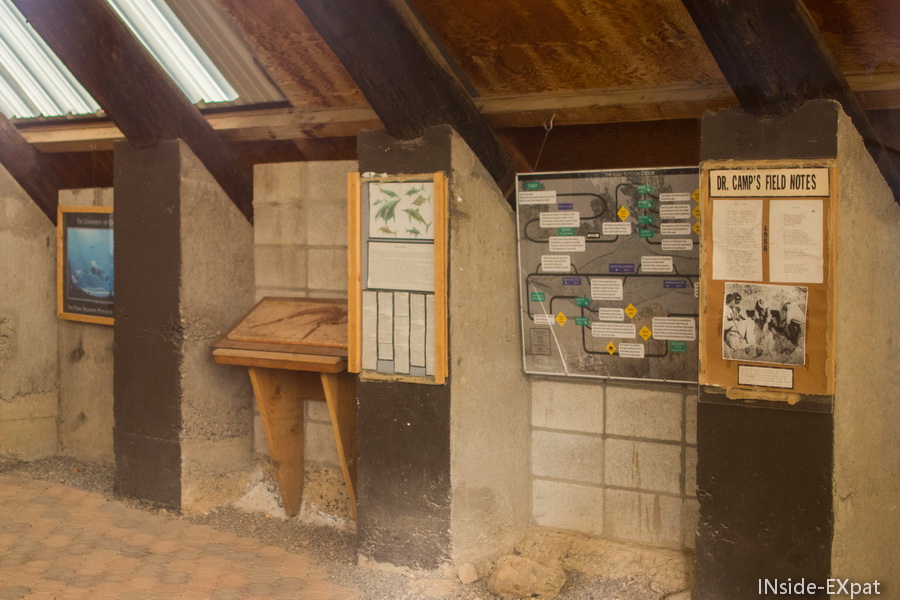 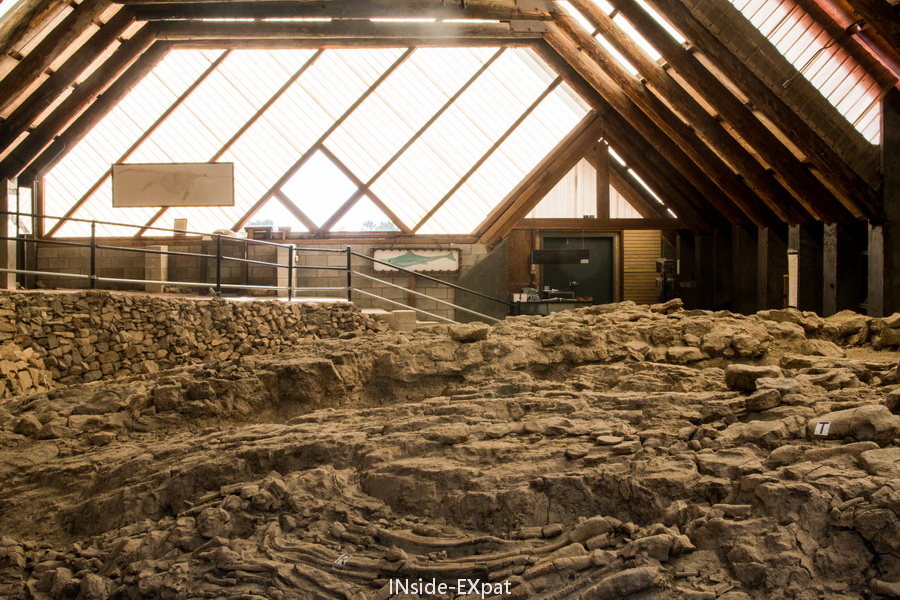 Even if ichtyosaurs lived during the same period than dinosaurs, it is another kind of animal, a marine one, and we found fossils of them in all continents except Antartica. The ichtyosaurs of Berlin were living in Pacific Ocean, which was covering this area several thousands of years ago. They were from 2 to 50 feet long. In Berlin, the first fossil was discovered by Doctor Simeon Muller in 1928 and Doctor Charles Camp started excavations in 1954 and they lasted until the mid-60’s. 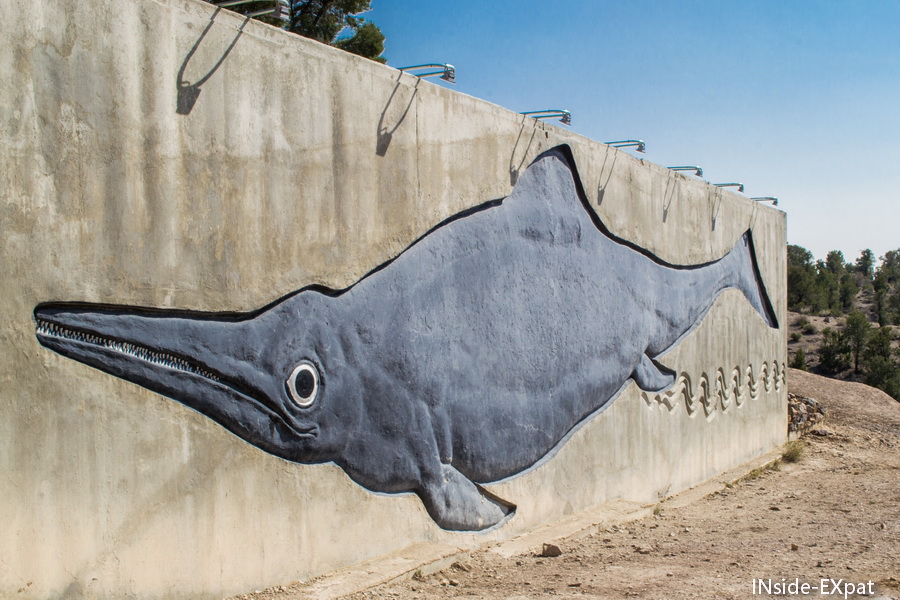 Behind the Fossil Shelter, you can have a great view on the Shoshone Mountains and there are hiking paths to explore the area. But for us, time has come to go back in the car… we still have a few sites to discover before heading back home! But we’ll share that in another article… 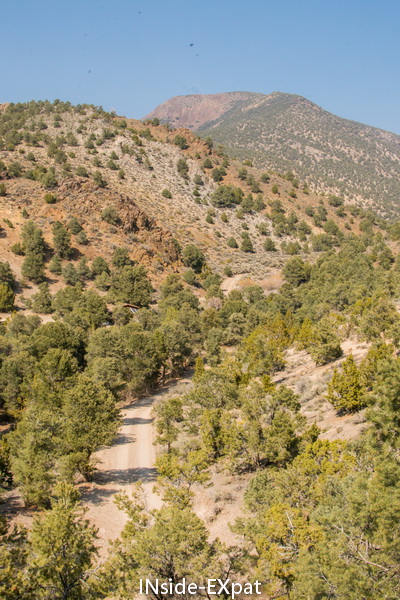 Let’s go back in time and explore a silver mine in Central Nevada! (Tonopah, NV)

A morning suspended in time in the heart of an authentic Nevada (Austin, NV)