Last year, we spent a week in Philippines on the island of Luzon where is located Manila.

Daddy B. had to work during the week, so I was alone with Mimi B. to visit the city. I already wrote about Intramuros, the historic district and the Ocean Park.

Our third day was not about sightseeing, but meeting the staff and the children of the Asociacion de Damas de Filipinas. Indeed I knew that this trip would be our last in Asia (at least for a while), as our departure for California would surely modify our travel plans.

In all South-Eastern Asia countries we visited, life conditions seemed to be difficult and we had always been touched by children during our travels. So I took the opportunity of being in Manila to meet the staff of an orphanage.

I contacted several associations to know if I could come and visit them. The Asociacion de Damas de Filippinas anwered me positively, so we went there during an afternoon. 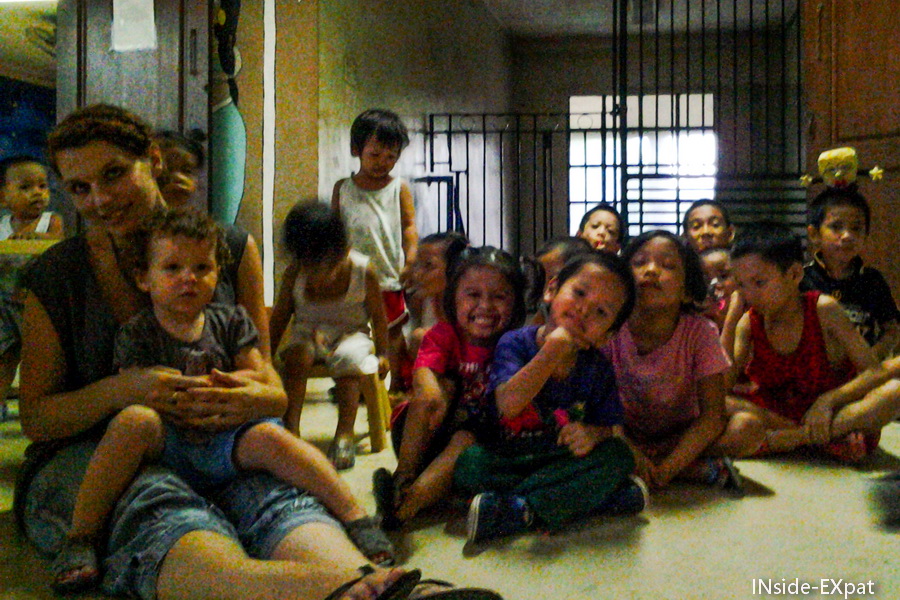 The role and actions of Asociacion Damas de Filippinas

The goal of Asociacion Damas de Filippinas is to provide a nurturing environment to children whose parents can not momentarily take care, for financial or family reasons. These children are placed in the Settlement House, the building of the association. They have residential care and the staff does its best to bring a homey atmosphere. They also have all the health and medical care they need.

The association hopes that those children can have a successful reintegration in their families as soon as their parents can give them better life conditions. But sometimes, a permanent placement is decided by court. Avoiding these sad situations is another goal of the association which offers a family welfare program.

Children old enough for school are sent part of the day in a neighborhood school while the little ones stay at the Settlement House which also offers day care services for families that can’t afford a preschool.

Our afternoon with the childen

We learned during our previous trips in Thailand, Malaysia and Cambodia that a lot of children don’t have enough clothes or shoes. So I brought in our luggage some of Mimi’s clothes that were too small for her.

The day before we meet the children, I did some grocery shopping for the association. I was a bit lost in the mall, but I tried to find basic food (rice, canned fruits and vegetables…) and treats (cookies and chocolate cereals).

Before heading to the orphanage, I took a moment with Mimi B. to explain her what we were going to do (she was quite young, only 2 years old). With simple sentences, I explained her that we would go in a house full of children who have no parents but are being taken care of by other people, and that we would have a good time with them, making them happy.

We arrived after lunch at the Settlement House with a lot of grocery bags. First I spoke with the woman in charge of the house. Thanks to her, I understood the missions of the association. Then we met the children. The association is taking care of children from 6 months to 6 years-old. But that day I also met children who were around 10 years-old as the association had decided to keep them to avoid another placement or separating siblings.

Cookies were very successful and brought a lot of joy during snack time. I was happy to see the smiles on the children’s faces. 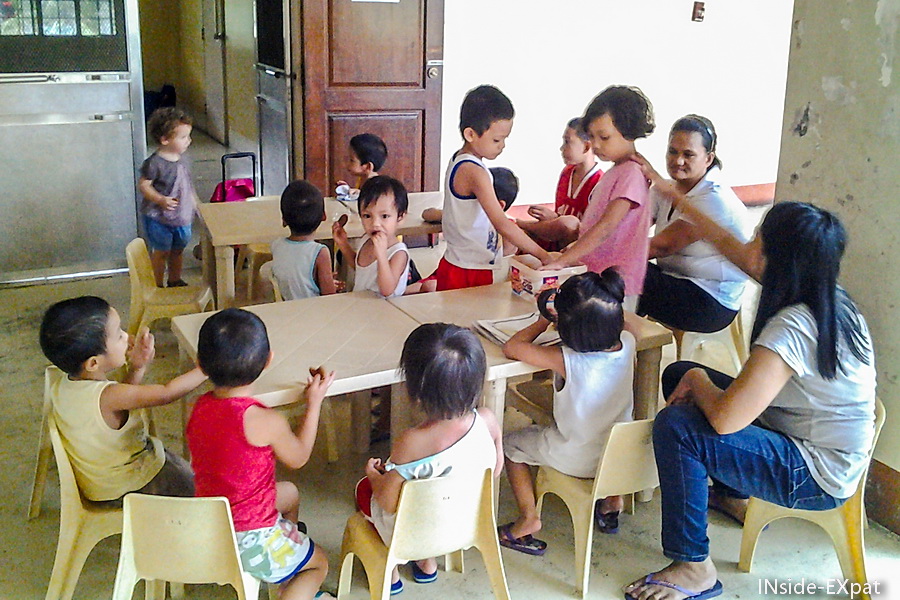 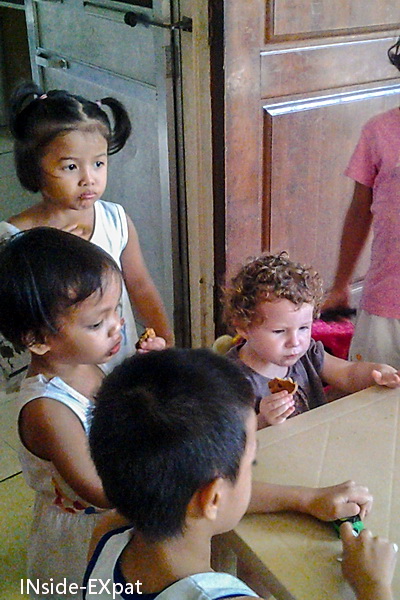 After this nice time, we sang some songs together. First in English (a language very well spoken by people in Philippines), then some French rhymes. And the children eventually sang for us in tagalog (the local language in Manila). Mimi B. recognized the tune of Itsy-Bitsy Spider so we sang it in all three languages!

Then the children were willing to show me the bedrooms and the playroom where Mimi had a lot of fun. 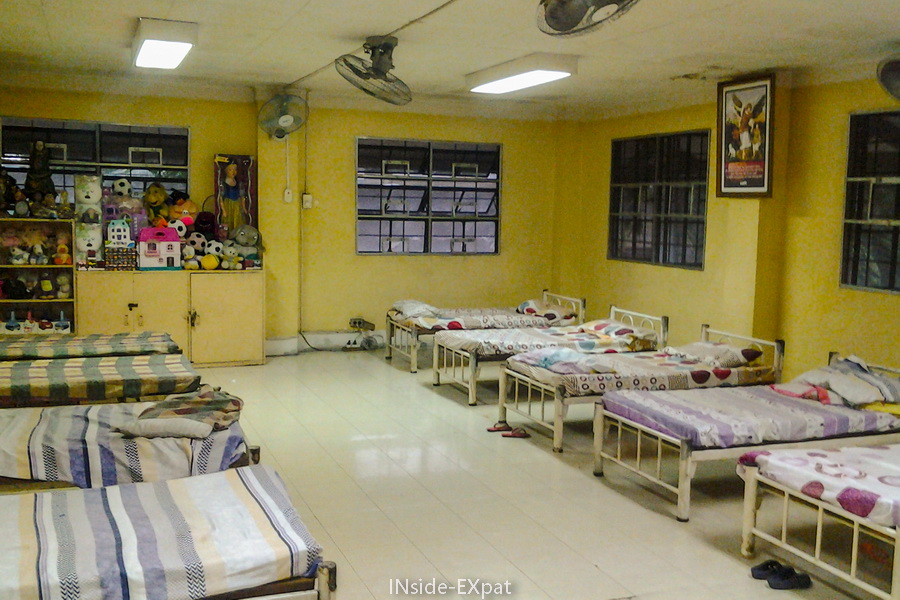 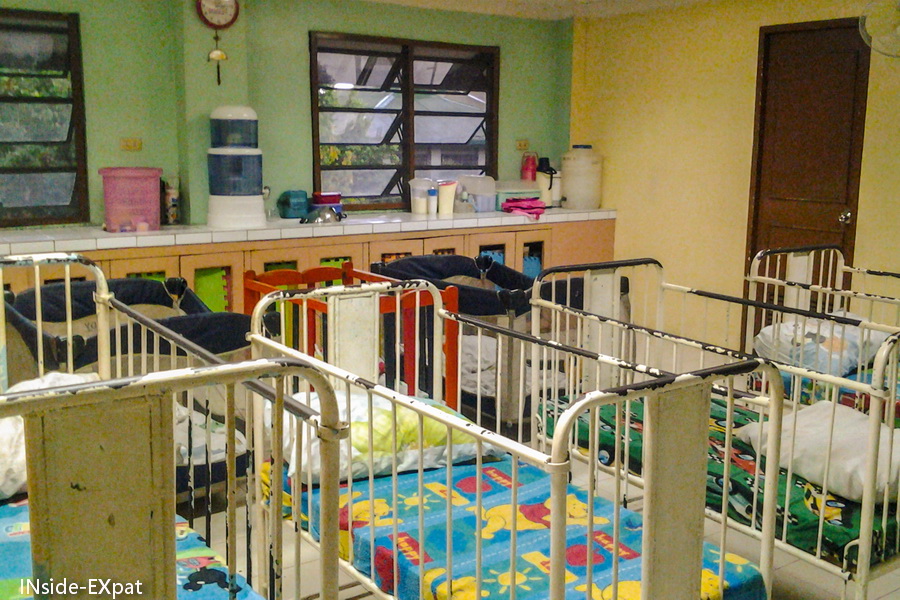 The walls were very colorful with nice paintings on them and there were plenty of toys to play with. 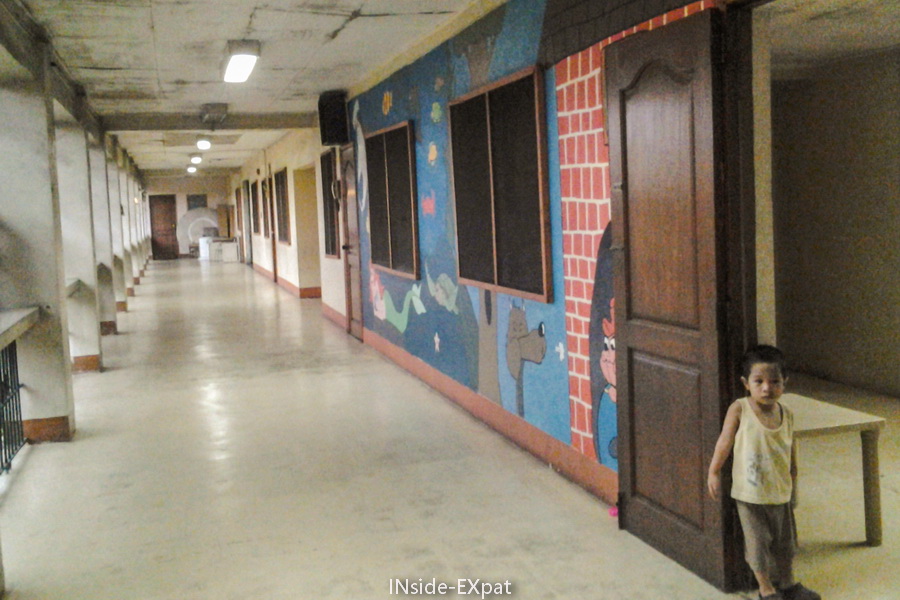 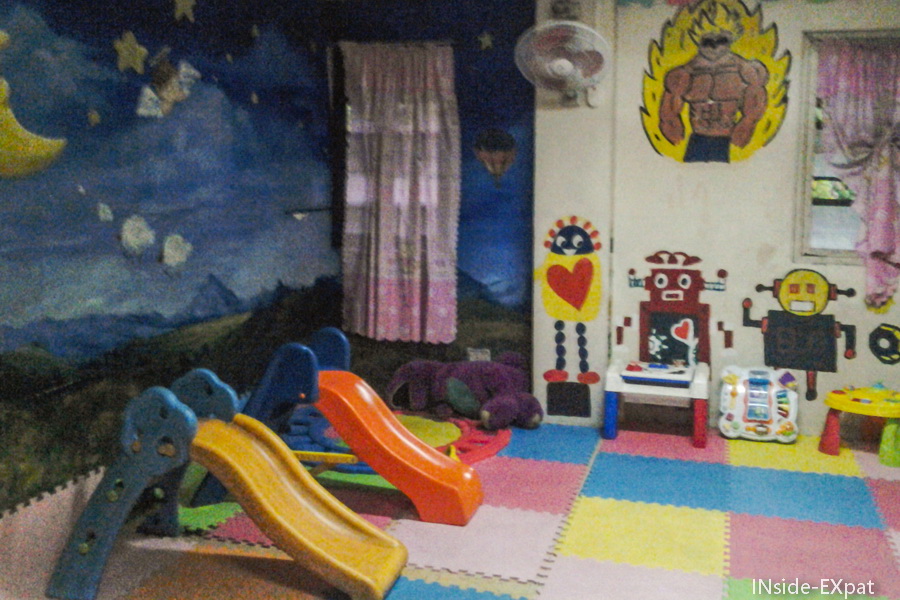 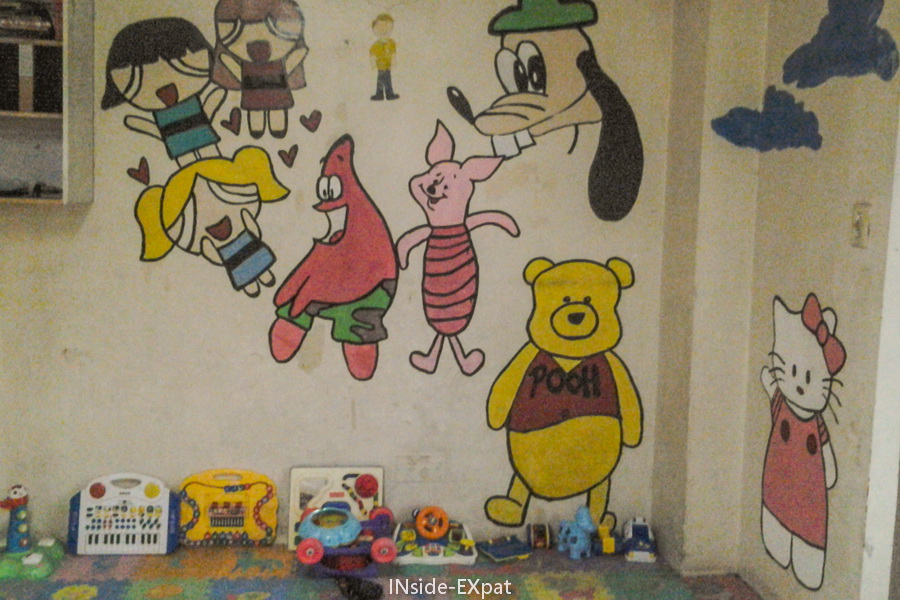 While Mimi B. was playing, I tried to have a short moment with each child. Most of them were not old enough to speak English so we communicated with smiles and gestures. I had tons of hugs! We really had fun together, especially when I showed them my electronic tablet and its selfie function. They loved it and wanted a picture with me. We hadn’t had the opportunity to go to the outdoor playground as a big thunderstorm began and lasted until the evening (as you can expect in this season of typhoons). 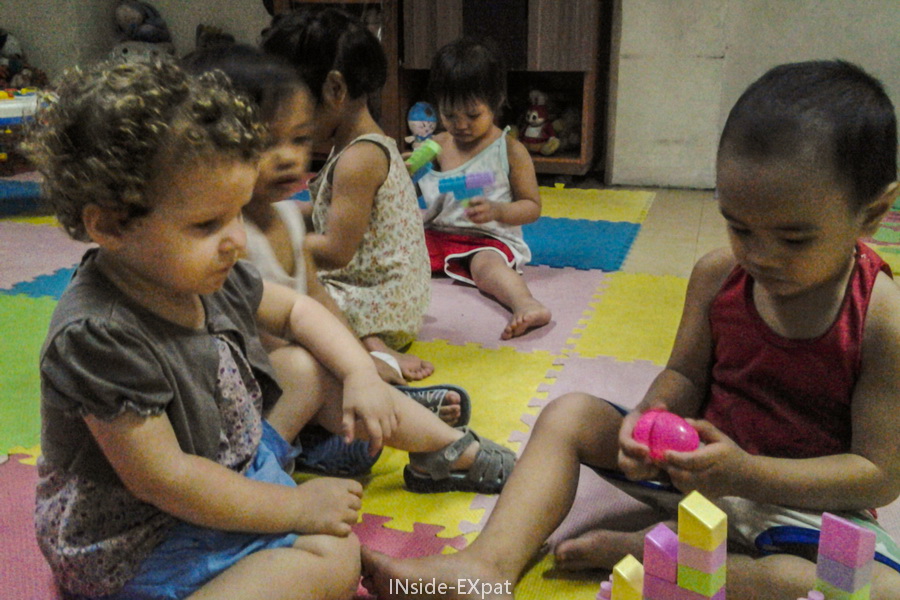 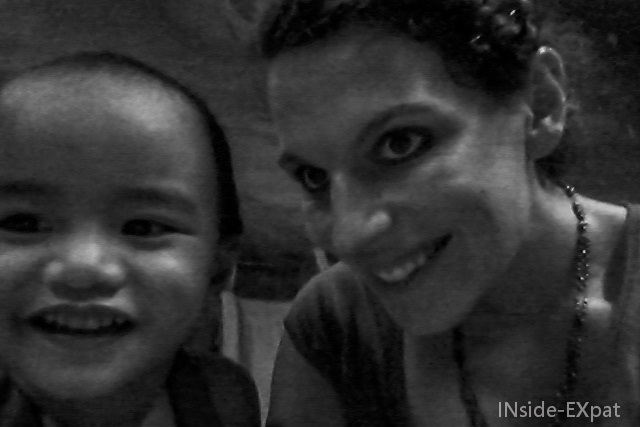 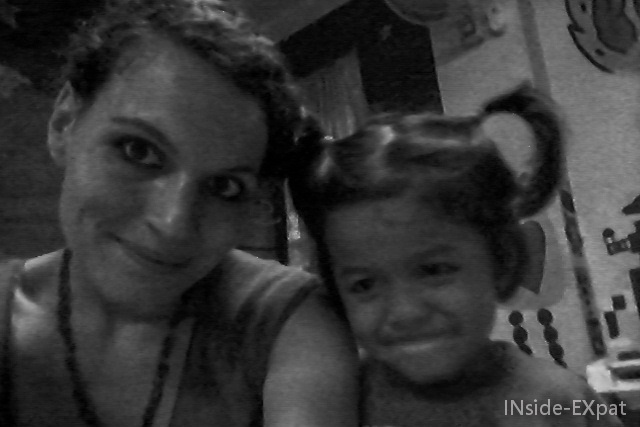 This special day was not only about bringing some distractions to the children but also, as every time we traveled in Asia, building some exceptional memories and reminding us that we were born very lucky. We need to learn how to put things on perspective, like every day worries, and also makes some efforts (in our own way) to build a better world.

How can you help the association?

If you are on vacation in Manila and willing to bring some financial or material help to the association, you can contact them directly.

If you are too far to visit them, the association has a website with an online donation form.

You can also know more about the life of children and actions of the association by following them on Facebook. 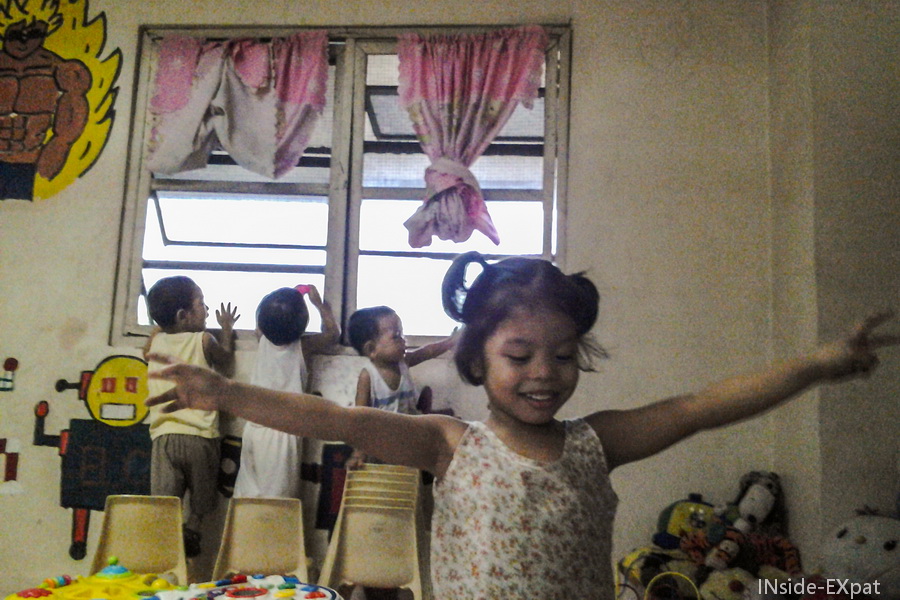 A morning suspended in time in the heart of an authentic Nevada (Austin, NV)
Project 52 - Week 27

It’s more fun in the Philippines – Day 5 : Batad, in the heart of terraced rice fields