Friday night, we joined Daddy B. after his workday at Civic Center BART station to attend the celebration of the SF City Hall Centennial. 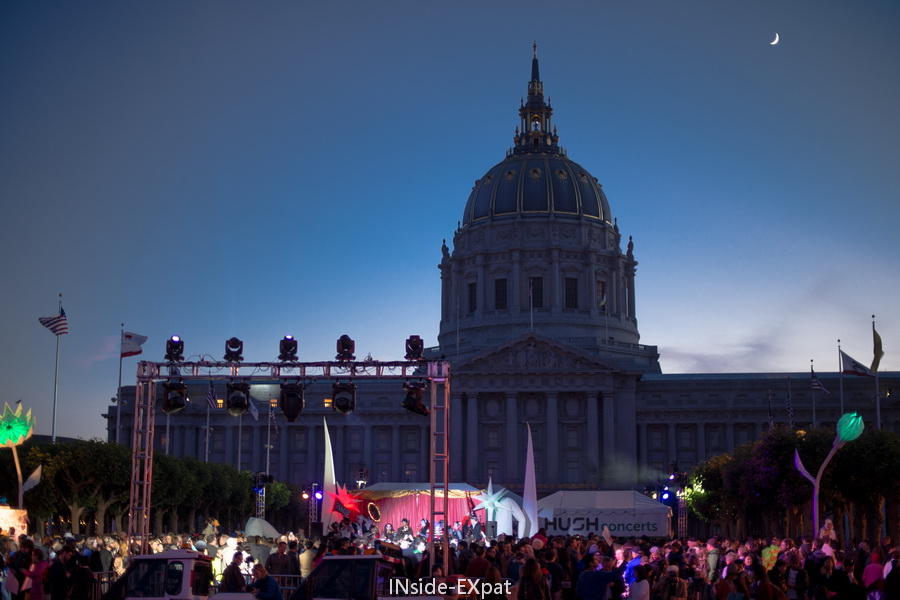 The Old City Hall was finished in 1899 after 27 years of construction. Seven years later, it took only 28 seconds to the 1906 earthquake to destroy it as well as the whole Civic Center neighborhood and many other parts of San Francisco. Instead of reparing the big damages caused to the building, the creation of a new City Hall was launched in 1913 and finished in 1915.

Open to all and free, the Centennial celebration was advertised as a big event.

We really loved all the animations during the evening.

When we arrived, we were immediately amazed by the turning lights of the Ferris Wheel facing the City Hall on Larkin Street. It was lovely and we were instantly delighted by the festive atmosphere. 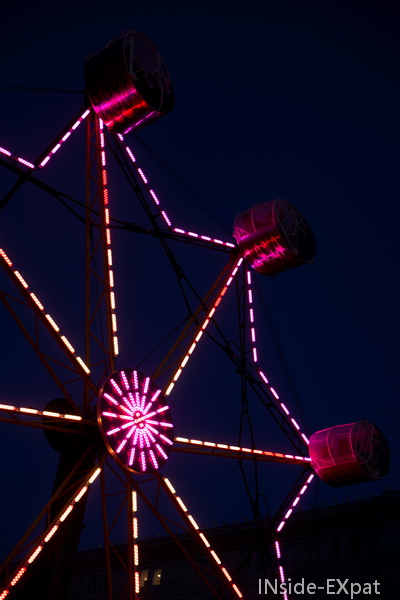 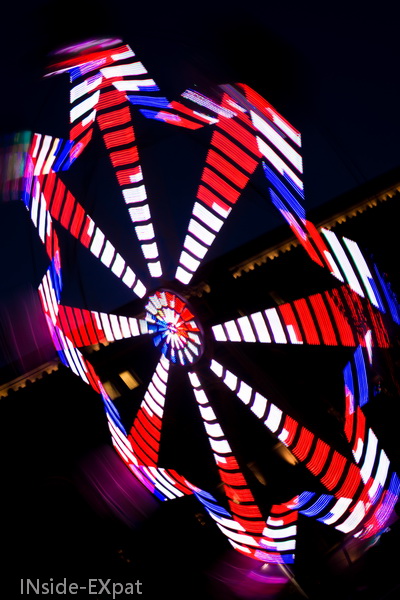 Many decorations and structures were enlightening Civic Center Plaza and the place was quite magical. 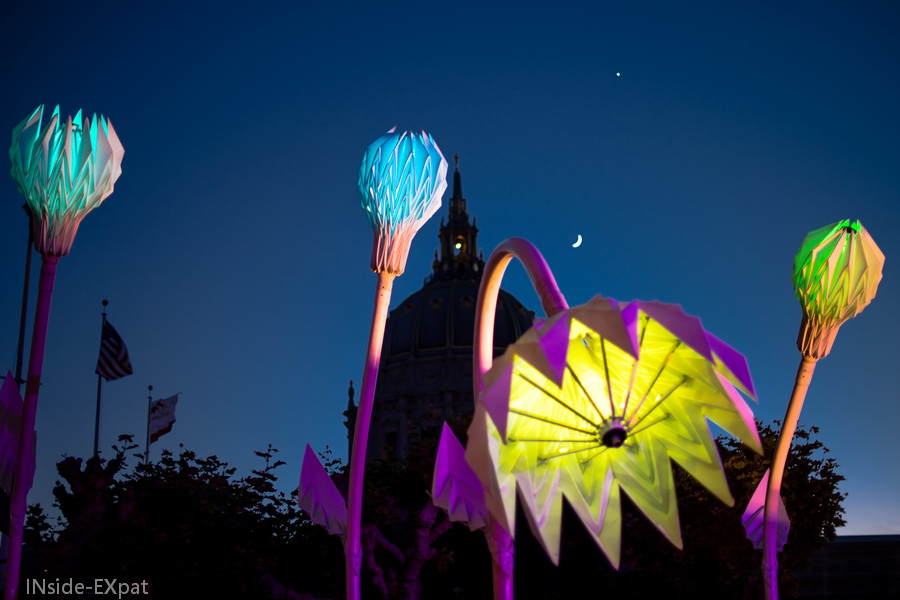 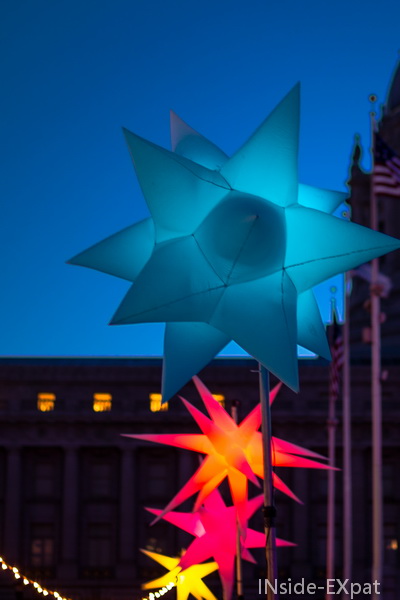 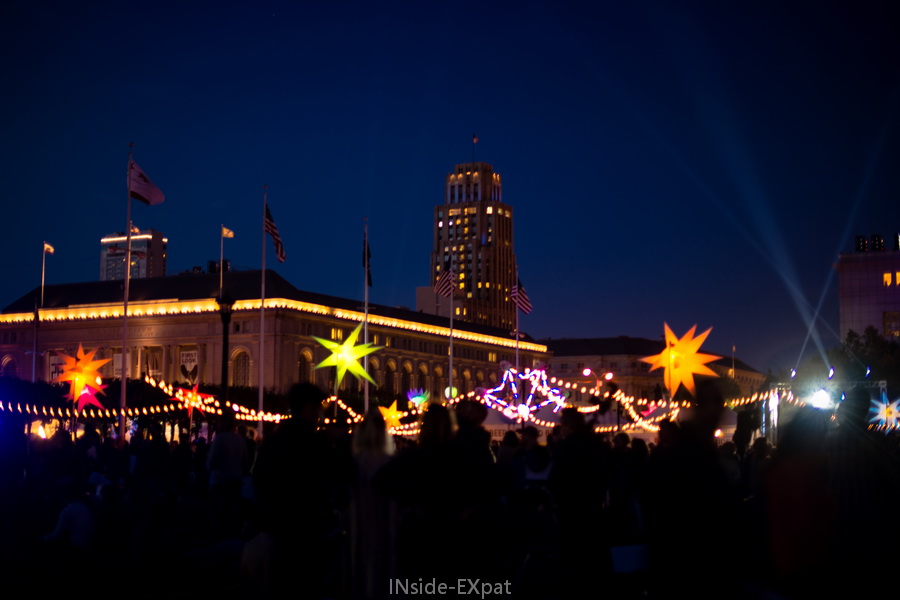 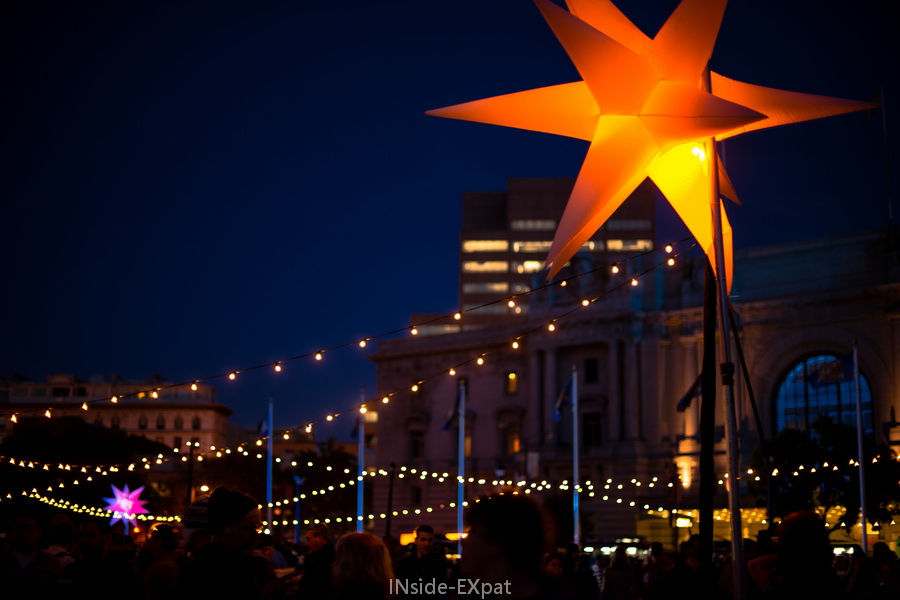 There were a lot of concerts with various kind of music in different spots of Civic Center Plaza. Our favorite was a band of clowns really funny and playing with the audience. We loved their festive music full of brass instruments and percussions.

A painting wall was available for anybody who wanted to put some colors on it. The final result was very colorful and made us think of a patchwork which represents the spirit of San Francisco : unique, free and full of life! 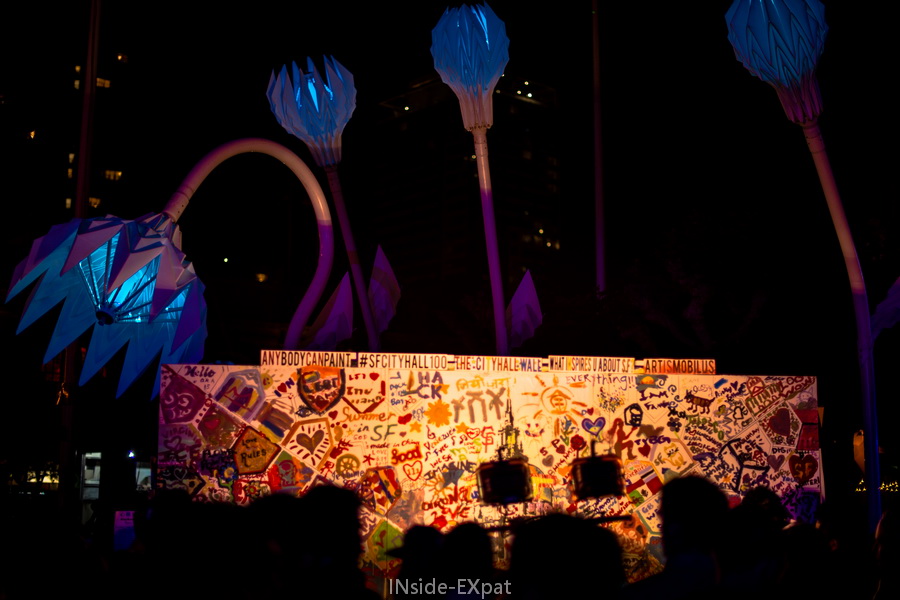 One of the most surprising animation was the Silent Disco: an outdoor dance floor where people were dancing and listening to music thanks to headphones. it was so funny to watch this silent nightclub where people seemed to have so much fun! 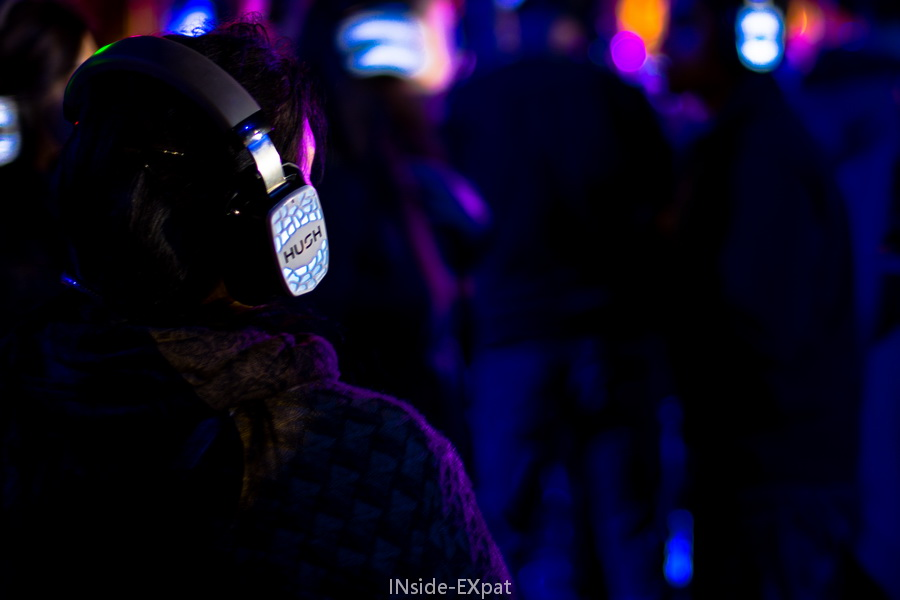 We had dinner here as many food trucks were offering easy on-the-go meals. We chose some delicious grilled pork sandwiches at Savourie Streets. Some trucks were among the most famous of the city and you can find them also during the Off The Grid nights during the whole summer. Of course, the waiting line in front of these ones were the longest. 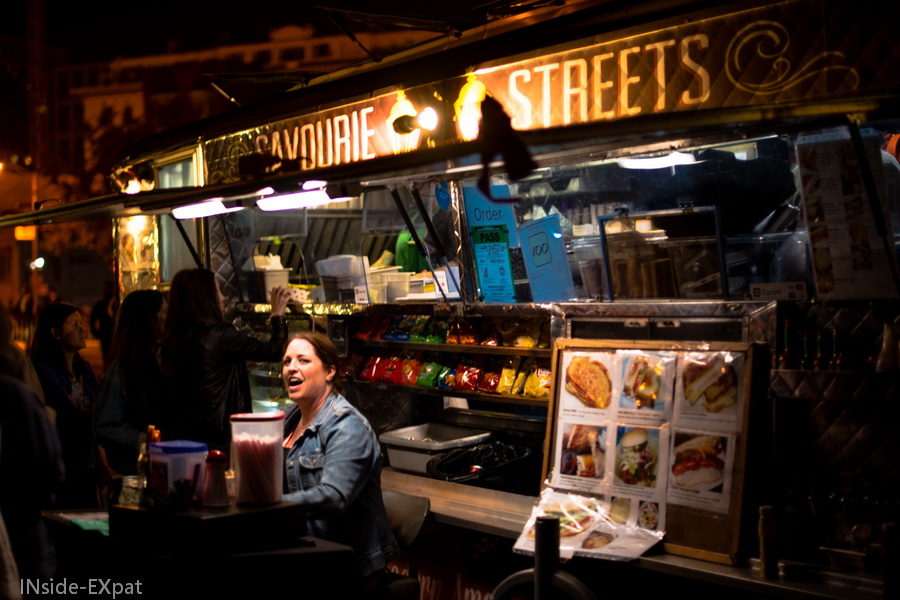 The most expected show was the after-dark multi-media projection on the City Hall facade. A sound and light show highlighting the history and stories behind the building. It was even including a dance performance in the air like the one we attended during the Singapore Night Festival in 2013. A magical moment for Mimi B. who was so impressed by this beautiful show.

Here you can see a part of the light show we enjoyed:

Of course, the celebration didn’t forget about the 2015 NBA champions: the Golden State Warriors, who called themselves the Bay Area’s team. The City Hall turned several times into gold and blue and the proud crowd was clapping and cheering each time. 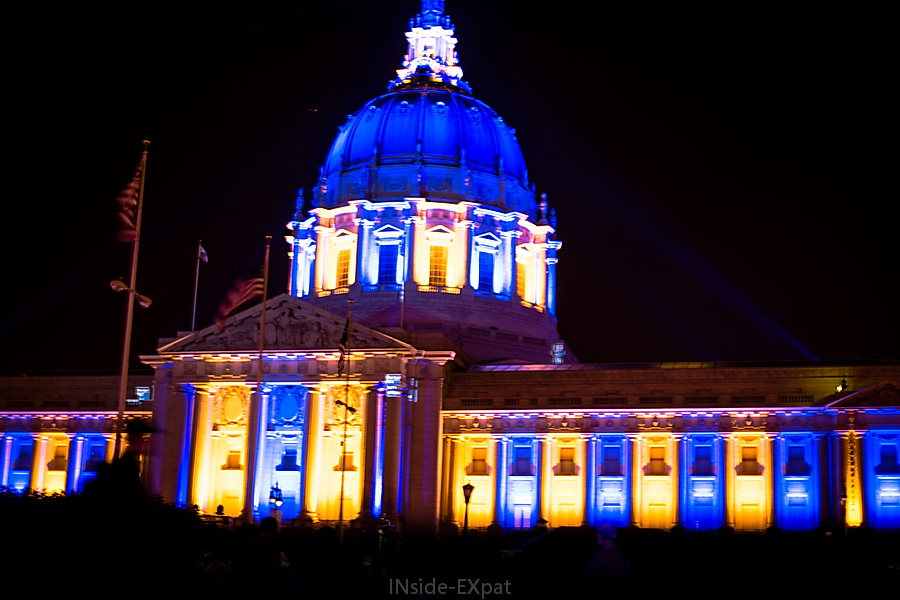 We were very happy to attend this exceptional celebration, even if the garage we chose to park was a mess. It took us more than an hour to finally get out of it. Lesson learned: next time we will park a bit further and walk instead of being stuck in the closest garage.

The Peasant & The Pear, our firm favorite restaurant (Danville, CA)