Last week, we went to the Drive-in Theater of Concord to watch the movie San Andreas. What a great idea to watch a movie dealing with a gigantic and destructive earthquake of magnitude 9 and even higher, when you live in a seismic region like the San Francisco Bay Area!

Be aware of a studied but unpredictable danger

The movie is just like other disaster movies with a simple and sometimes totally unrealistic storyline, impressive special effects and I would be very surprised if the actors win any award… but it still left us with a question: “What if?”

Not “What if a major earthquake destroys our entire living area?”… Indeed there are a lot of theories about the Big One and it is completely terrifying, but there won’t be much to do or to plan in that case… Anyway, a working group of the USGS (United States Geological Survey) determined that the probability of having an earthquake of magnitude 8 or more in the next 30 years is higher than in a previous study. But the risk only rises from 4.3% to 7%.

The last major earthquake approaching this magnitude happened in 1906 in San Francisco. Data can differ from one source to another but the magnitude was between 7.8 to 8.2 and historians now agree that it caused around 3,000 deaths instead of 700 like it was first mentioned in the records (most of them caused by the fires that occurred after the earthquake and its aftershocks).

So the real question is more “What if a big earthquake happened and paralyzed some parts of – or the whole – Bay Area?”. Indeed the same work by USGS shows that an earthquake of magnitude 6.7 or more (like the earthquake that happened in 1994 in Northridge, a Los Angeles neighborhood) could happen every 6.3 years (instead of every 4.8 years in the previous study).

At least, the movie awakened our awareness. We already had a warning sign in April. One night, alone with Mimi B. (as Daddy B. was in business trip in Denver, CO), I felt my first earthquake. It was really a small one (magnitude 3.5) and I didn’t even clearly recognize the phenomenon when it happened. I only got the confirmation that it was an earthquake when I watched the news on internet the day after. Other earthquakes hit the Bay Area recently, like the one in South Napa Valley (magnitude 6) last September. This one did not only shake the earth but also the minds of many inhabitants of the Bay Area.

Understand the science of earthquakes

Magnitude, intensity… what does it mean?

We often read or listen about magnitude, which measures the energy released in the quake. But we don’t always understand the kind of major differences that exist between one and another magnitude level. That’s why I’m sharing here a table showing the different levels of Richter Scale (magnitude) and the corresponding levels on Mercalli Scale (intensity) to understand what can be expected in terms of material damages and human feelings.

How scientists study the seismic risk and activities on Earth?

The scientific study of earthquakes is quite recent as it really began in the early 20th century. Therefore, the related sciences are in a constant improvement, showing more and more precise probabilities and previsions. However it is still impossible to forecast the exact place and time of an earthquake. Thanks to science, we can now know one minute in advance where and how powerful an earthquake will be. It remains complicated to plan evacuation of population or to secure buildings and historic places though.

Nevertheless several sciences like seismology (which deals with earthquakes and movements of the Earth’s tectonic plates), geology (scientific study of the origin, history, and structure of the Earth), geodesy (a branch of applied mathematics concerned with the determination of the size and shape of the Earth) and paleo-seismology (which looks at geologic sediments and rocks, for signs of ancient earthquakes) allow us to understand many things about this phenomenon that was previously only taken as a God’s message.

Monituring instruments, GPS observations by satellite, geologic field mapping and much more recent scientific tools and technics are used by scientists and engineers to perform sophisticated studies about previous and future earthquakes.

The faults system in California

California is a State with a lot of volcanic places and mountains. This relief comes from plate tectonics (movements of the large sections that form the Earth’s surface). Indeed California is on two different tectonic plates: Pacific Plate and North American Plate.

The famous San Andreas Fault, which separates California in two parts, marks the boundary of these two plates and has been created by subduction.

But California is not under the threat of this only fault as a whole faults system is causing multiple (more or less severe) earthquakes all year long state-wide. Indeed, the San Andreas Fault is the most major and famous fault of this system but several other fault segments cover a huge seismic area (about 800 miles long) which can discharge at any time and produces each year around 200 earthquakes felt by human people.

Safety measures taken by the State of California

Forecasting the exact day, hour and place of a future earthquake a long time in advance is impossible, but a warning system is now working worldwide (especially in Japan, Taiwan, Mexico and Turkey). It is called Earthquake Early Warning System (EEW System) and it can give up to one minute in advance a warning of an earthquake on a precise area. It can seems very short and useless, but these seconds are crucial “to slow and stop train and taxiing planes, to prevent cars from entering bridges and tunnels, to move away from dangerous machines or chemicals in work environments and to take cover under a desk, or to automatically shut down and isolate industrial systems” (ShakeAlert.org)… and of course all these actions can reduce the damages and casualties during an earthquake.

The State of California was quite late comparing to a lot of other countries with a high seismic risk. Indeed those countries had already developped a EEW System when California was still only counting on its CISN (California Integrated Seismic Network) which needed to be improved to fit the efficiency of an EEW System.

Since 2007, the USGS works with several Californian Universities (like Caltech and UC Berkeley) to settle this warning system in California. It has been renamed ShakeAlert and financed thanks to several millions of dollars invested by the federal governement and donations by private foundations like the Gordon and Betty Moore Foundation.

ShakeAlert is still a work in progress but it has already sent some live alerts to beta users since 2012.

Know how to react before, during and after an earthquake

BE PREPARED BEFORE AN EARTHQUAKE:

Before a disaster occurs, one would better be prepared and settle some prevent actions for his family and home.

Before fire and police departments can come and rescue you, you may have to provide everything to survive several days by yourself. Prepare a survival kit for at least 3 days, a week is better.

Mandatory things: food and water (enough for everybody at home and for enough time). It is best to have long-expiration products and they must be easy to use if you have no power or gas.

By instance: granola bars, nuts, canned food (with a manual and non electric opener) and if you need it : baby milk and food, pets food… 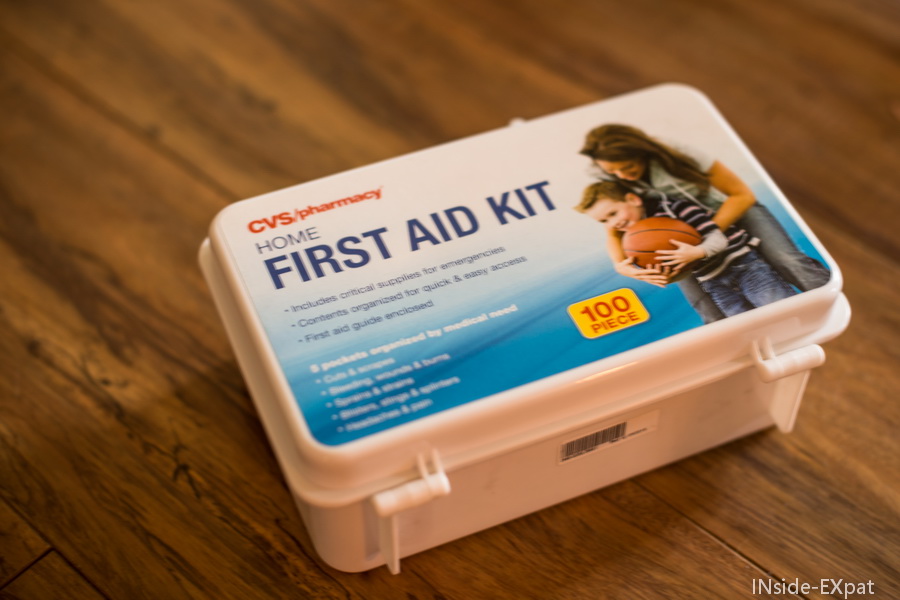 We plan to have a survival kit at home and also a smaller one in our car if we are out during an earthquake.

In case your family is separated during an earthquake, you would need to have established some family rules like :

– determine a relative who lives away from the risky area, in oder to let him know that you are well and where you are,

– agree on a meeting place in case your home is not an option anymore.

For expatriate people, be registered as a “citizen living abroad” in your Consulate or Embassy :

It can be very important that your consulate or embassy know that you are living in an endangered area so your native government can act in several ways.

SAFETY RULES DURING AND AFTER AN EARTHQUAKE :

The Conservation Department of California has a specific section on its website with pieces of advice if an earthquake occurs.

Here are some of them :

You shouldn’t go outside if you are inside. The best is to protect yourself under a table or a desk, or to stand against an interior wall. You should stay clear of exterior walls and windows, and avoid any potential dangerous places (kitchen, fireplaces, heavy furniture, appliances…).

If you are outside, get into the open and stay clear of buildings, power lines or anything else that could fall on you.

If you are driving, it’s better to move your car out of traffic and stop.

In a crowded public place, avoid panicking and do not rush for the exit. Stay low and cover your head and neck with your hands and arms.

Check for fire or fire hazards. If you smell gas, shut off the main gas valve. If there’s evidence of damage to electrical wiring, shut off the power at the control box.

If the building seems to be too fragilized after an earthquake, it is better to leave as some aftershocks can damage the building even more.

Concerning these aftershocks (large quakes after the first earthquake), you should stay in a secure area and check the radio if possible for important information and instructions.

if you decide to leave home, you should leave a message telling where you go. If you have internet access, you can also reassure your family and friends by leaving a message on the Red Cross “safe and well” page.

You would like to know more about earthquakes and security rules? You can have a look at the documents I read in order to write this article: