One year ago, we arrived in Maryland from California. We moved in our new house the day of our daughter’s birthday.

We knew nobody in the area at that time and we were still waiting for our furniture. So we celebrated her birthday in an empty house with nobody else than us: her parents and her little brother. The sky was grey, it was way colder than in California where all her best friends were… She didn’t complain. She was still thrilled by the train table and the pink slide we bought for her. She had a lot of phone calls and messages from her family and friends from France, California, Singapore. She was the star of the day anyway and happy about it.

So this year, we wanted to catch up a bit and launch an unforgettable party for her 5th birthday. We crossed our fingers and hoped the weather would be better than the previous year. It wasn’t. It was worst! We had a lot of rain the days before the party and it just ruined our plan to make a big backyard party.

But for sure, one thing totally saved the party and we won’t forget the look and smile our little princess had that day.

Our invitation card offered every kids to come in their favorite character costume. They all did it! It was so fun and prepared them to be in the mood for the big surprise which happened just an hour in the party.

Our daughter chose to be Princess Belle as she had watched the movie in theater a few weeks earlier. For our toddler son we managed to make him wear a Superman T-shirt with a cape. They were so cute! 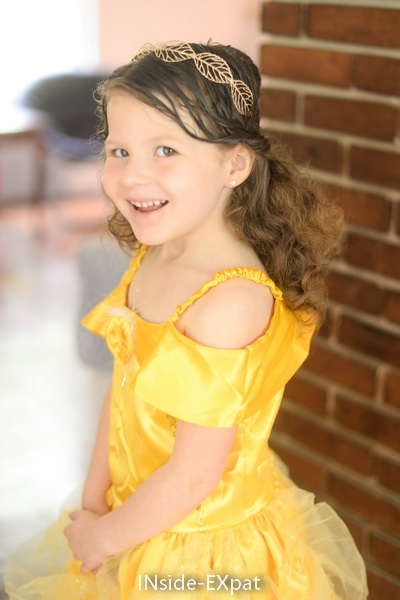 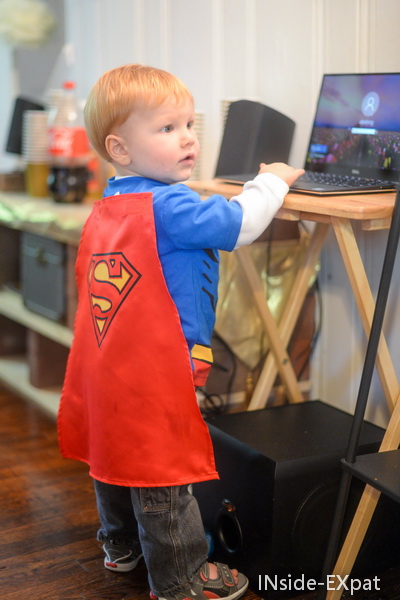 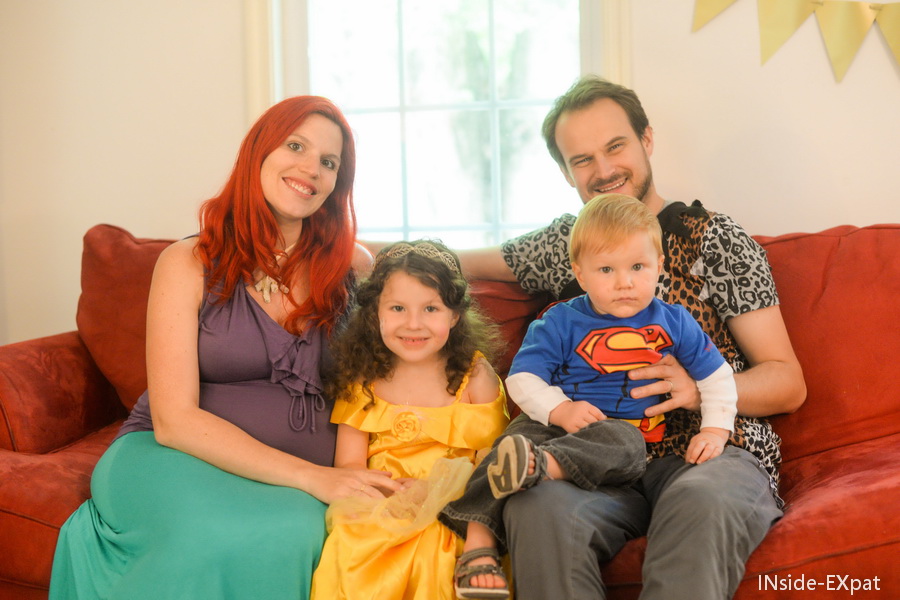 Imagine a living room packed with excited kids and their parents waiting for a big announcement. Now somebody knocks at the door and it is… Princess Belle coming in and singing for everyone. She barely stopped that another music begins… it’s the Batman theme song and guess what… Batman arrives! High Five for everybody! 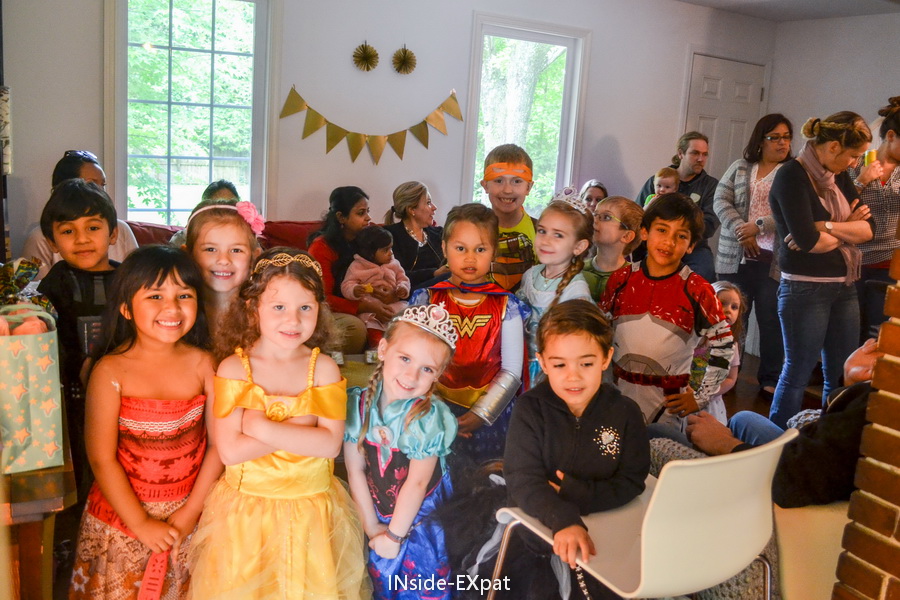 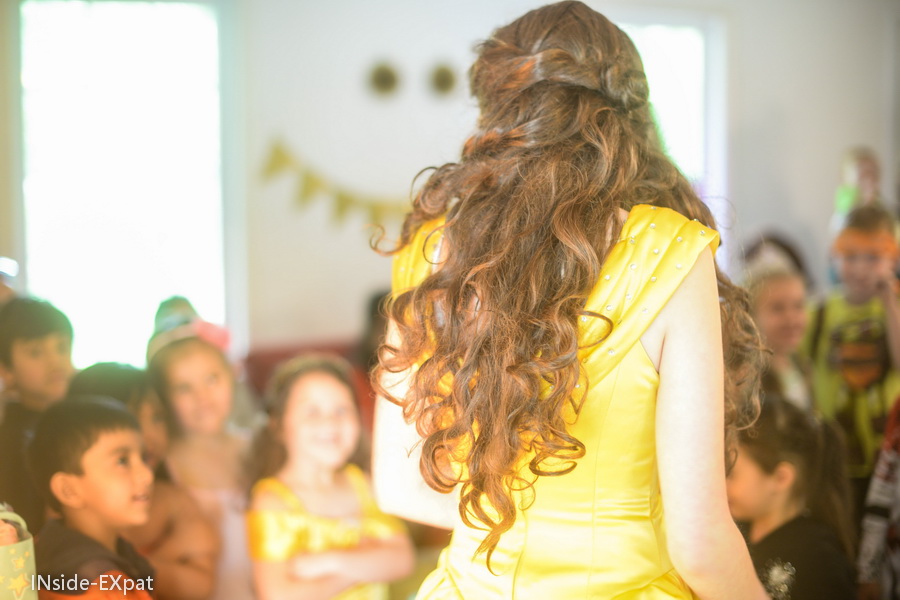 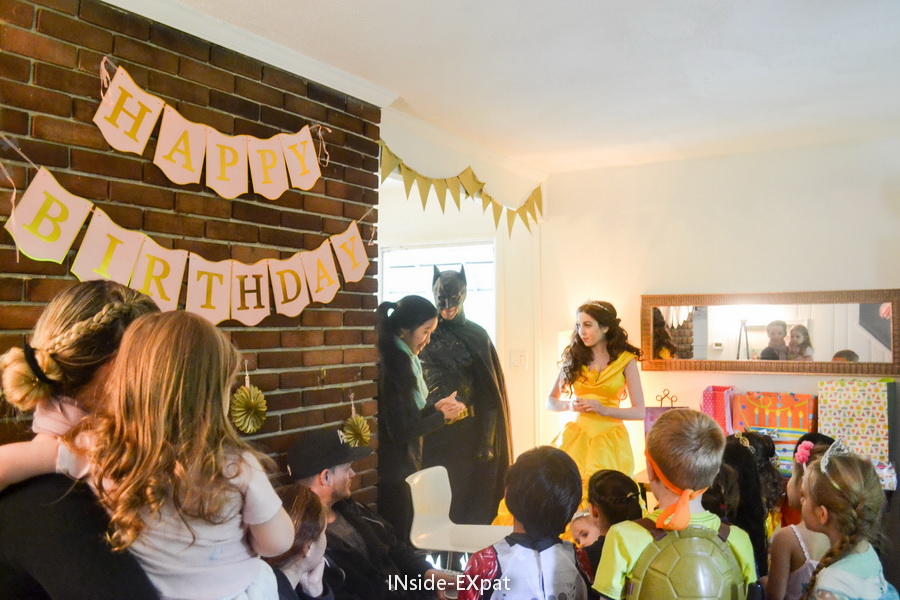 Oh, those stars in the kids eyes! I am even sure some adults just went back to their childhood for a brief moment. 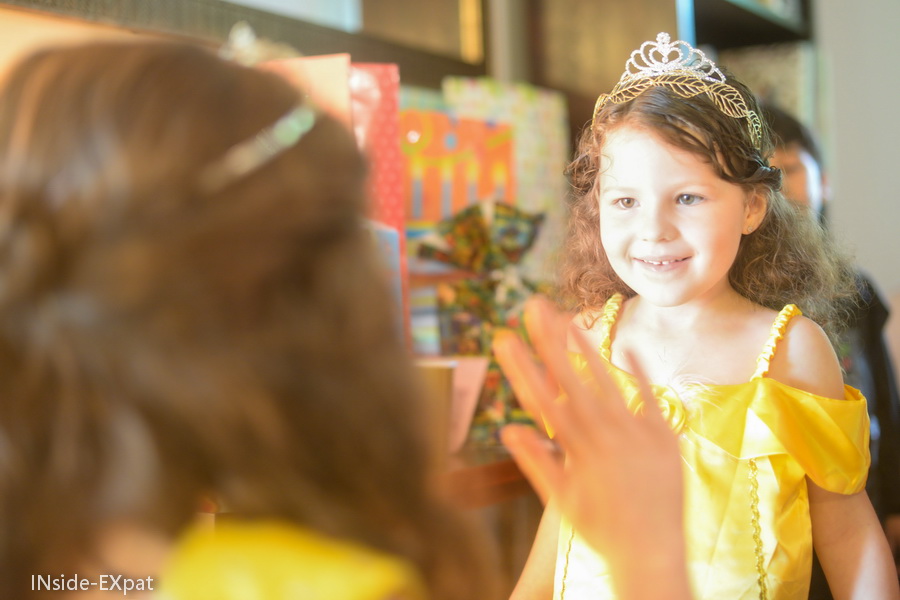 It couldn’t be better. The kids had an amazing time with the two characters. They stayed for an hour and made them sing, play, laugh and dance. They had tattoos and face painting for each kid. They posed for pictures, they took time for high fives and hugs. 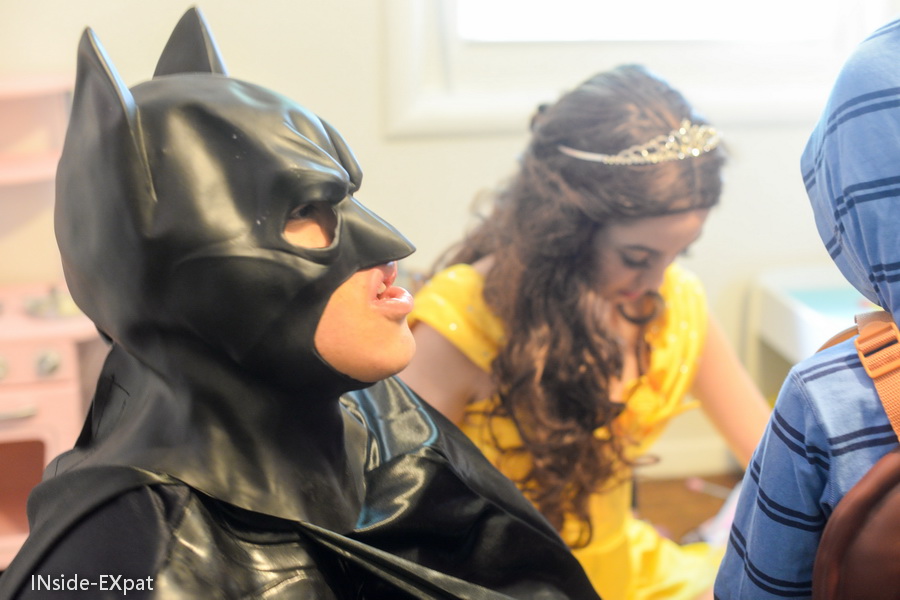 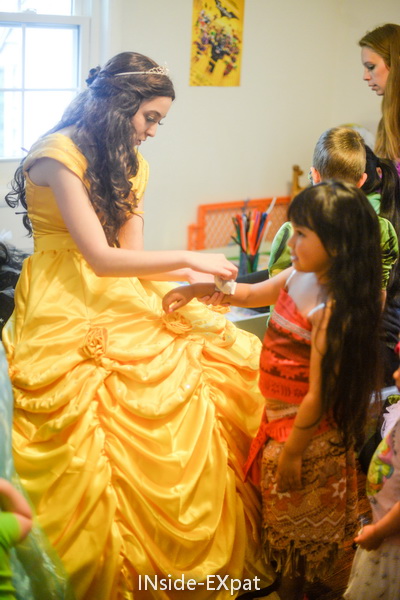 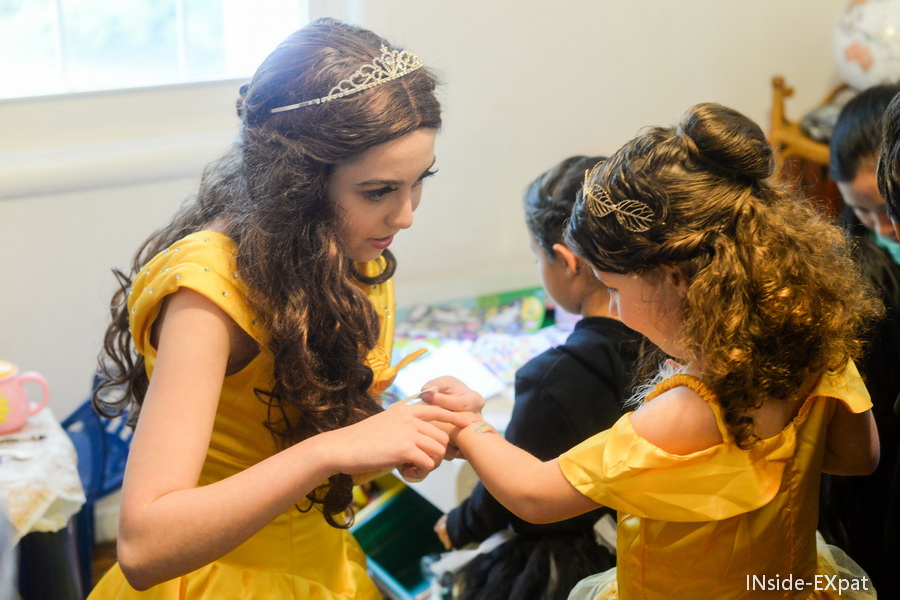 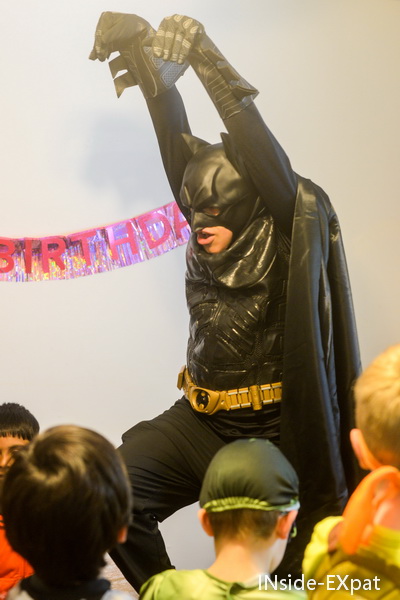 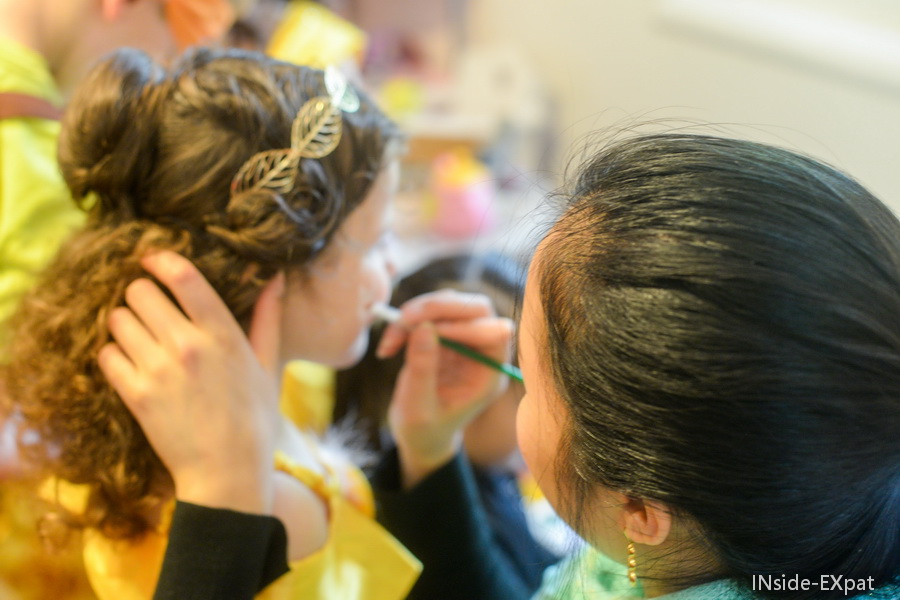 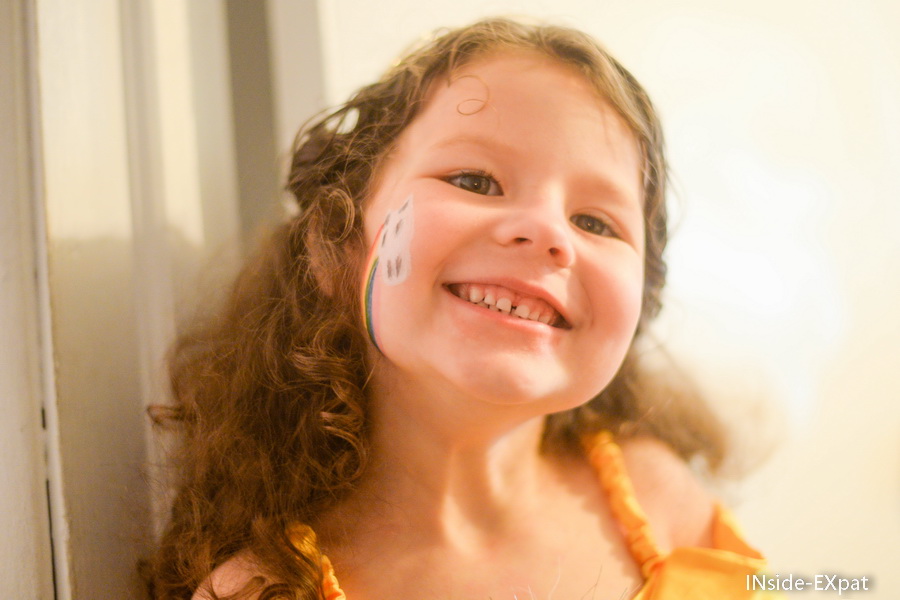 The backyard-party-that-moved-inside could have been a disaster: a crowded house with excited kids yelling and running around. But instead the kids had a blast and everyone spent a great time thanks to Batman and Belle. Parents had some free time, they could enjoy the beverages and food we prepared, they took time to talk with each other in the living room while the kids were kept entertained by the characters in the playroom. 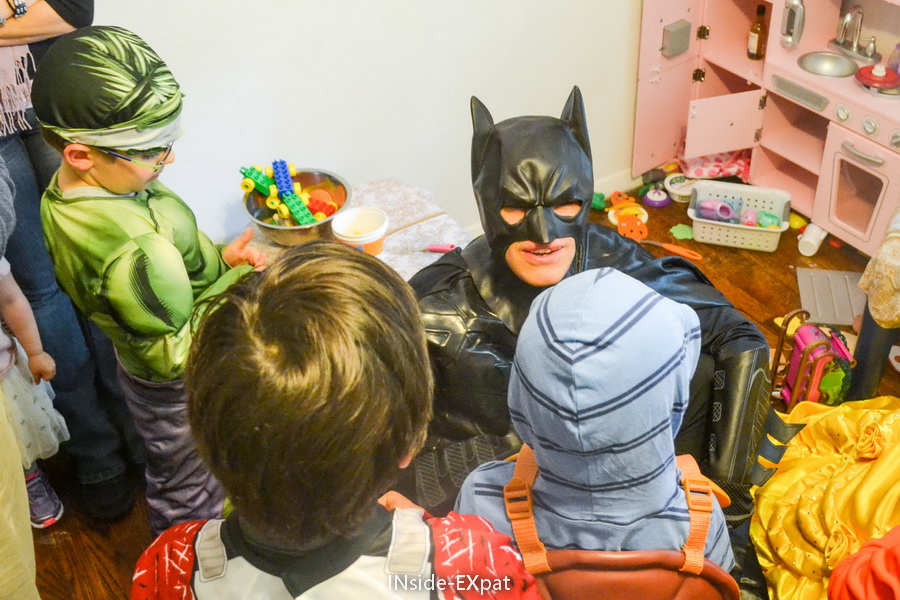 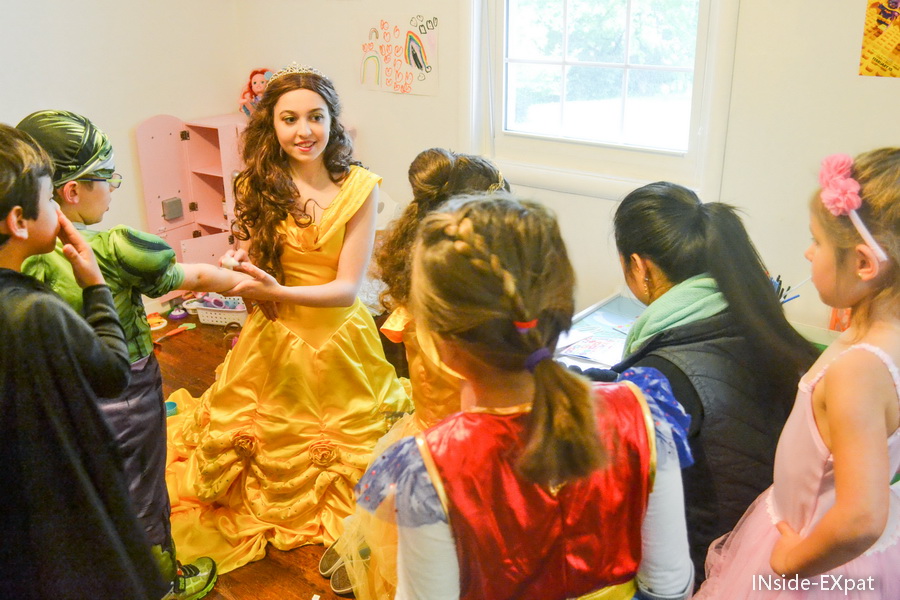 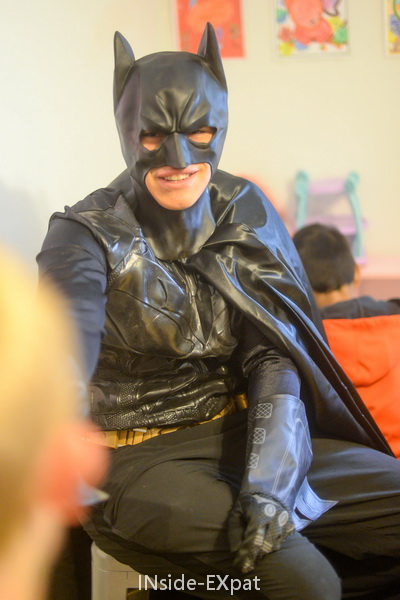 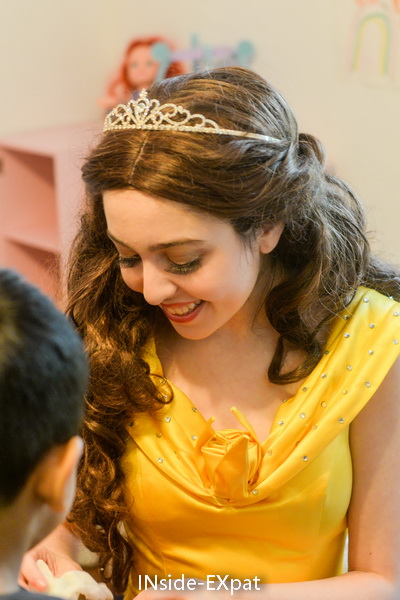 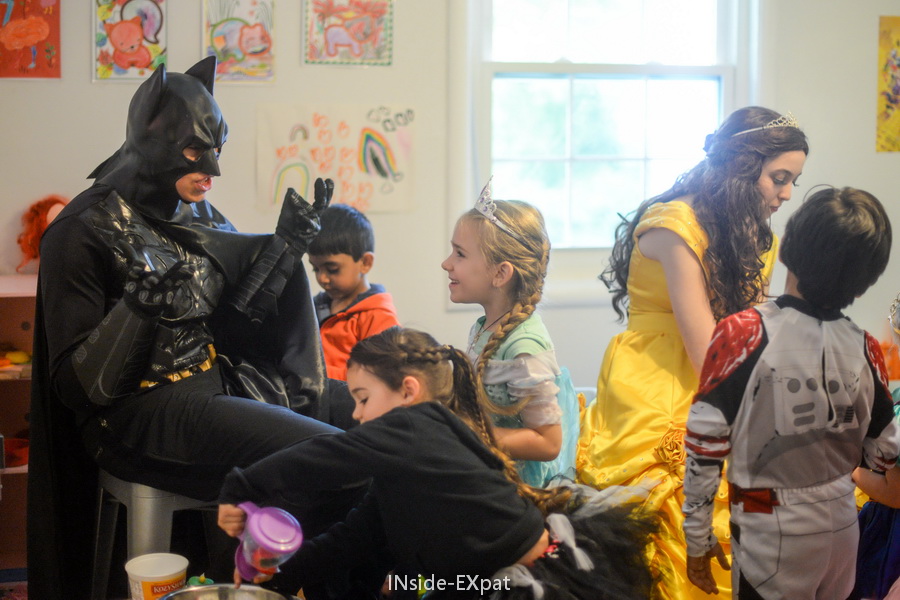 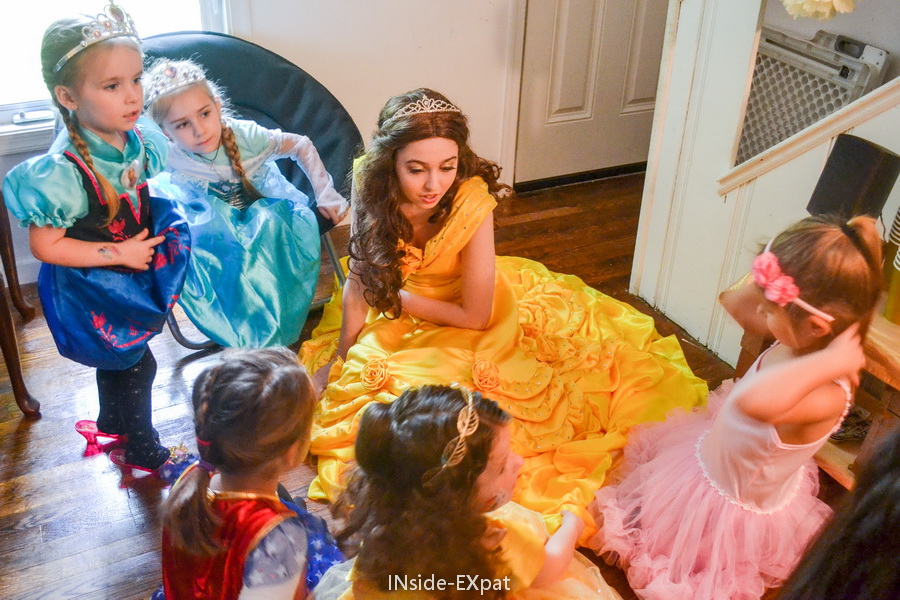 All of this has been made possible thanks to a very professional entertainment company: Ever Laughter Parties. They were really easy to work with and it was obvious that our satisfaction was a priority for them. We live in Maryland, but they cover the whole DC Metro area. We were able to choose the characters among our daughter’s favorites, but they have so much more possibilities. Star Wars, Disney princesses, superheroes, fairies, wizards… there is for sure a character for every kid. Even the activities can change. You can have a tea party, a coronation ceremony, a jedi or superhero training… you will probably find what will make your kid the happiest kid of the day! 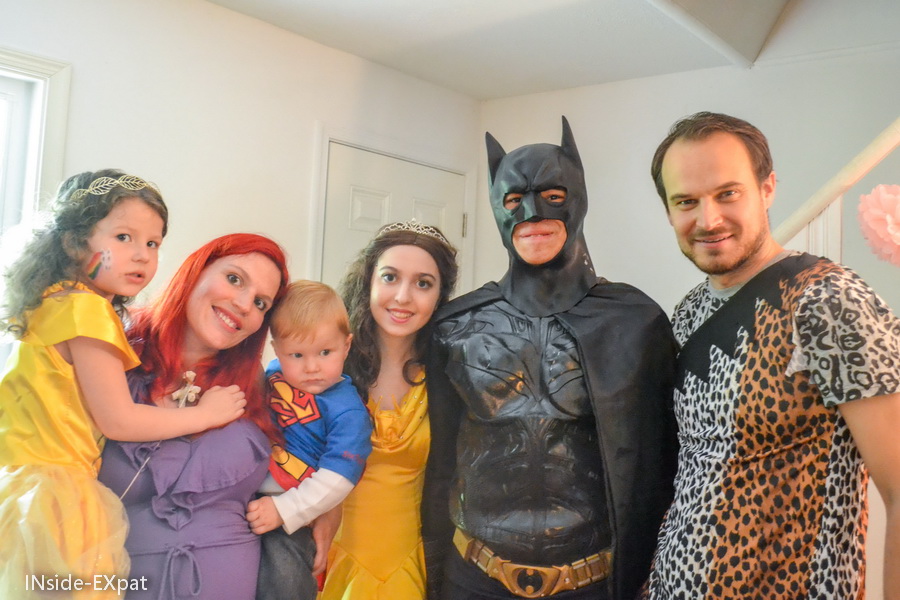 I really had the impression that meeting Belle and Batman was making one of my daughter’s dream come true. This feeling is priceless. I know she will keep talking about this birthday party for a long time and will cherish the pictures she took with her favorite princess and superhero for years. 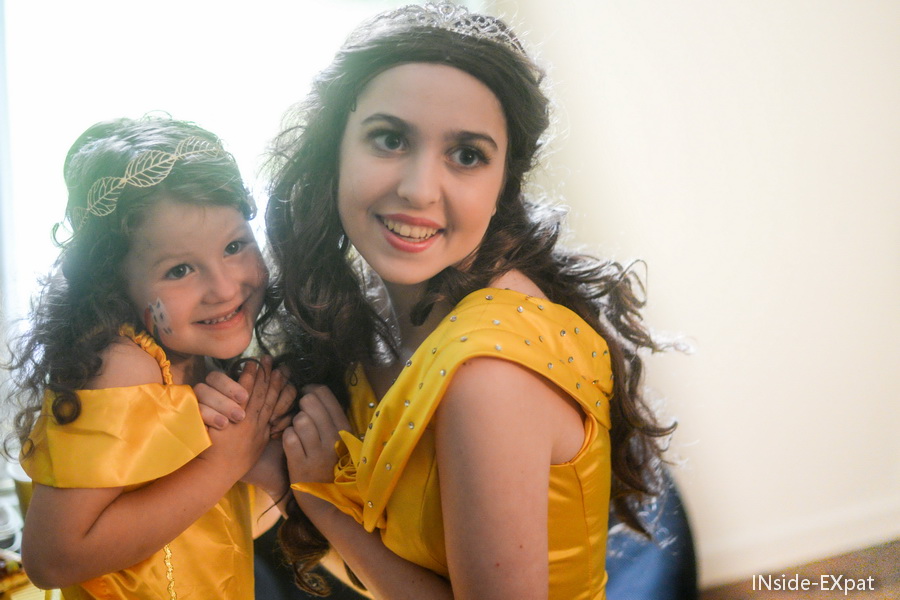 Thank you Ever Laughter Parties for this wonderful and magical moment! We won’t forget it!